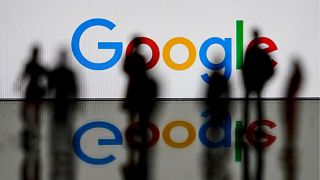 Google is ‘gaslighting’ users by taking advert money from big oil, a study has claimed.   -  Copyright  AFP
By Charlotte Elton  with Reuters  •  Updated: 04/11/2022

Google is helping big oil firms to greenwash their reputations by selling them adverts attached to environmental search terms, a new study claims.

Ever looked up a sustainability-related question and seen an advert from a major fossil fuel polluter at the top of your results page?

According to a new report by the Center for Countering Digital Hate (CCDH) - a non-profit organisation dedicated to fighting online misinformation - Google accepted $24 million (€24.2 million) in search ad buys from the oil industry over the last two years.

40 per cent of this money was spent on adverts targeted at users who searched environmental terms like ‘eco-friendly’ and ‘net zero.’

“Greenwashing is key to Big Oil’s strategy to delay the transition to renewable energy,” he said.

“Google is allowing fossil fuel companies to dominate the information ecosystem to peddle their deception.”

Google makes money by selling advert space at the top of its results page.

These adverts are marked by a small ‘Ad’ signifier - but look almost identical to the rest of the search results.

According to a 2022 study, more than two thirds (68.2 per cent) of people can’t tell the difference between adverts and normal search terms.

The CCDH analysed 32,000 adverts paid for by British Petroleum (BP), ExxonMobil, Chevron, Shell, and Aramco between September 2020 and August 2022.

These adverts were likely viewed more than 58 million times, the report’s authors claim.

This meant each company often secured the top search result when people looked up information on “eco friendly companies”, “how to reduce greenhouse gas emissions” and “pros and cons of Paris climate agreement”.

Yet a 2022 BBC investigation found that BP and other oil companies were under-declaring the amount of methane emitted by flaring at their oil fields.

Google should ban this type of misinformation, the report’s authors urge.

“Google is not only complicit in the latest disinformation campaign of the fossil fuel industry, but actively profiting from this deception,” Ahmed said.

In 2021, Google announced a new policy banning ads with “content that contradicts well established scientific consensus around the existence and causes of climate change”.

Google insisted that none of the ads flagged by the researchers breached this policy.

“Last year, we launched a new, industry-leading policy that explicitly prohibits ads promoting false claims about the existence and causes of climate change. In creating this policy, we worked with and consulted a range of experts and authoritative sources on the topic of climate science," said Michael Aciman, Public Affairs manager at Google.

"When we find content that crosses the line from policy debate or a discussion of green initiatives to promoting outright climate change denial, we remove those ads from serving.”

The five companies investigated by the CCDH are collectively responsible for 14.4 per cent of global emissions since 1965.

They all have net zero ambitions by 2050. However, leaked internal emails and reporting assumptions have led campaigners to question some of these goals.

For example, internal 2020 PR guidance calls on employees to frame a net zero goal as “a collective ambition for the world” rather than a “Shell goal or target”.

The same trove of emails revealed that ExxonMobil was dubious about its own sustainability technology that would create biofuel from algae.