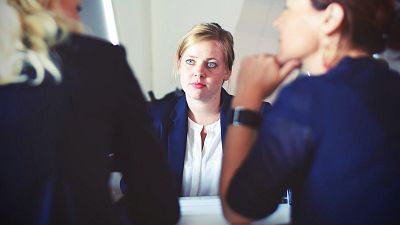 A third of UK employees say they are willing to quit their jobs if their employer takes no action to reduce or eliminate its carbon footprint.

The figures come from a survey of 2,000 UK office workers carried out by Supercritical - a platform that helps companies to measure, reduce, and offset their climate impact.

The sentiment was even stronger among Gen Z with over half of 18 to 24 year olds saying they would be willing to leave a company based on its net-zero credentials.

It also found that even in a recession, 32 per cent of employees said they would not be comfortable with their company cutting its sustainability programme to save money.

Overall just a fifth of UK employees are unsatisfied with their employers’ commitments to tackling climate change.

“Businesses can no longer get away with changing or scrapping their sustainability initiatives at the drop of a hat,” says Michelle You, co-founder and CEO of Supercritical.

“Employees are demanding more and employers are being held to account. Those that want to attract and retain top talent must start seeing climate action as a non-negotiable or risk being left behind.”

How much do people want to work at climate-conscious companies?

As companies fight to recruit the best talent, their climate credentials could either encourage or turn away prospective employees.

Supercritical’s survey found that 70 per cent of office workers would be proud to work for a company that was committed to climate action.

More than half revealed that the steps an employer has taken to reach net zero factors into the decision to work for them. When given the choice between a company that has a clear plan to reduce or eliminate its climate footprint and a company that doesn’t, 60 per cent said they would choose the one with a clear plan.

It shows that robust climate action is a huge point of attraction when it comes to finding the best employees.

There is a dire need for education on climate action

Making pledges to cut carbon, however, isn’t enough according to Supercritical. Nearly half of employees believe that traditional carbon offsetting - a mainstay of many firms' net zero policies - is effective at fighting the climate crisis.

Traditional carbon offsets are ineffective at best, fraudulent at worst

Michelle You
Co-founder and CEO of Supercritical

“Traditional carbon offsets are ineffective at best, fraudulent at worst,” You explains.

“They have benefited from successful marketing campaigns over many years and are now the backbone of too many corporate sustainability programmes.”

Some offsets are sold for as little as $1 (€1.02) per tonne of carbon, but You says, you can’t save the planet for such a low price.

“Carbon removal technologies are the only way we have a chance of reaching net zero, but they are still in their infancy. These methods need to scale [up by] 20,000x in the next 30 years, and that’s going to require businesses to get serious about their climate commitments and put their money where their mouth is.”

Widespread education is also needed to wean businesses off of these traditional offsets and start investing in this cutting-edge technology, she concludes.