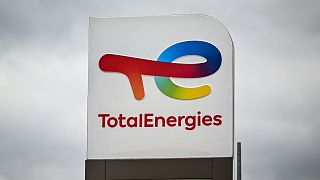 TotalEnergies - a French oil supermajor - is one of the largest energy companies in the world. But how much greenhouse gas does it emit?   -   Copyright  AFP
By Charlotte Elton  •  Updated: 03/11/2022

One of Europe’s largest energy companies has been accused of massively underreporting its carbon emissions.

TotalEnergies - a French oil supermajor - is one of the largest energy companies in the world.

It reported 455 million tonnes of carbon dioxide emissions in 2019 - roughly as much as Mexico emits in a year.

Yet the actual figure could be four times higher, environmental campaigners have alleged.

“TotalEnergies just posted record profits amid record high gas prices, while at the same time it appears to be dramatically underreporting its emissions and downplaying its role in driving the climate crisis.”

How much Carbon Dioxide did TotalEnergies really emit in 2022?

To make their emissions estimate, Greenpeace analysed Total’s own disclosures.

However, they applied emissions standards used by the French state environmental agency Ademe, and so included activities that the energy company had excluded from its reporting.

In particular, the group accused the company of downplaying its crude oil emissions.

The report illustrates the “improbability” of Total’s disclosures by comparing it to other fossil fuel companies.

In 2019, Shell’s fossil fuel production and petroleum product sales volumes were 1.2 and 1.6 times higher than those of Total. But Shell reported 1.6 billion tonnes of emissions that year - 3.6 times more than Total reported.

Total contested the Greenpeace figures, accusing the company of double-counting.

“(The estimates) did not take into account TotalEnergies’ integration along the oil and gas value chain, and therefore count emissions . . . several times over”,” a company spokesperson told the Financial Times.

Why does accurate emissions reporting matter?

TotalEnergies plans to get to net zero by 2050. But without accurate reporting, it’s impossible to know how they are progressing towards this aim.

In the absence of precise data, campaigners and policymakers alike can’t hold companies to account for their climate impact.

“In view of this new estimate of Total’s emissions, these goals seem downright unrealistic.”

As the climate crisis accelerates , every tonne of carbon dioxide emitted will make a difference.

At 1.5 degrees Celsius warming, around 14 percent of Earth's population will be exposed to severe heatwaves at least once every five years, while at 2 degrees warming that number jumps to 37 percent.