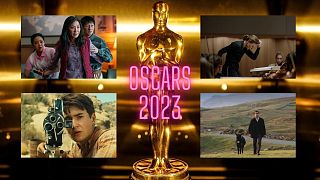 The 2023 Oscar nominations have been announced, and Dadaist multiverse action comedy Everything Everywhere All At Once leads the pack with a total of 11 nominations.

Close behind is Edward Berger’s devastating Netflix war drama All Quiet on the Western Front and Martin McDonagh’s black comedy The Banshees of Inisherin, who are both up for nine awards.

Scroll down for the full list of nominees, and here are the key takeaways from this year's nominations:

The luck of the Irish

Luck doesn't have anything to do with it, as the nominations have highlighted quite to what extent Irish films and performances have shone brightest in the past year.

Elsewhere, Paul Mescal got a surprise (and hugely deserved) nomination for his role as a father grappling with how to raise his daughter in Charlotte Wells' stunning film Aftersun - a nomination which edged out the likes of Tom Cruise and Tom Hanks - while Colm Bairéad's The Quiet Girl was nominated for Best International Film.

Rather predictably, all of the nominees for Best Director this year are male.

Martin McDonagh (The Banshees of Inisherin), Daniel Kwan and Daniel Scheinert (Everything Everywhere All at Once), Steven Spielberg (The Fabelmans), Todd Field (Tár) and Ruben Östlund (Triangle of Sadness) are all deserving nominees, but female directors such as Sarah Polley (Women Talking), Gina Prince-Bythewood (The Woman King) and Charlotte Wells (Aftersun) could have easily made the cut.

As a reminder, the Oscars has been improving over the years, as the two most recent winners of the category were women: Chloé Zhao (Nomadland) in 2021 and Jane Campion (The Power of the Dog) in 2022.

Still, at least one nod would have been nice this year...

Aside from the great news of Paul Mescal’s nomination, two other noms caused a few gasps and cheers.

Brian Tyree Henry was an unexpected shout in the Best Supporting Actor category, for his role in Lila Neugebauer’s Jennifer-Lawrence-starring film Causeway. The psychological drama, which premiered in Toronto last year, has largely gone under the radar, despite landing Tyree Henry nominations at the 28th Critics’ Choice Awards and Best Supporting Performance at the 38th Independent Spirit Awards.

Elsewhere, Andrea Riseborough scored a surprise nomination for her intense performance in To Leslie, in which she plays an alcoholic mother who wins the lottery but squanders the money. The actress made a very late break for it in the race with a grassroots campaign which has paid off. Several Hollywood A-listers, including Susan Sarandon and Charlize Theron, got behind the film and championed her performance.

As for Ruben Östlund's Triangle of Sadness bagging Best Picture and Best Director nominations - we're thrilled. His Palme d’Or-winning satire has gone gangbusters over the past year and it’s great to see it on the shortlist.

Snubs wise, we're a little sad that France's Saint Omer, Denmark's Holy Spider or South Korea's Decision to Leave didn't make the shortlist for Best Internation Feature - but what a joy to see EO representing Poland - one of the two donkeys that made us weep in cinemas alongside Jenny in The Banshees of Inisherin.

First time for everything

The Best Supporting Actress nomination for Angela Bassett's performance in Black Panther: Wakanda Forever marks the first ever acting nod for a Marvel film. The first Black Panther movie was nominated for Best Picture in 2019, but no actor has ever been nominated for an Oscar for a role in the Marvel Cinematic Universe. Until now.

Also, for the first time in 87 years (by our calculations), all the Best Actor nominees - Austin Butler (Elvis), Colin Farrell (The Banshees of Inisherin), Brendan Fraser (The Whale), Paul Mescal (Aftersun) and Bill Nighy (Living) - are first timers.

The 2023 shortlist sees the largest number of sequels ever nominated for Best Picture in a single year: Two.

Top Gun: Maverick and Avatar: The Way of Water join just eight sequels which have been nominated for Best Picture: Broadway Melody of 1936 (the follow-up to The Broadway Melody), The Godfather Part II, The Godfather Part III, Lord of the Rings: The Two Towers, The Lord of the Rings: The Return of the King, The Bells of St. Mary's (the sequel to the 1944 winner, Going My Way), Toy Story 3, and Mad Max: Fury Road.

Only two sequels have won a Best Picture Oscar: The Godfather Part II and Lord of the Rings: The Return of the King. And despite their nominations, both Top Gun: Maverick and Avatar: The Way of Water face some strong competition this year if they are to add themselves to that list. We wouldn't bet on it.

At this point, it’s just a fact: Cate Blanchett is incapable of giving a bad performance. She’s already won Best Supporting Actress in 2007 for The Aviator and Best Actress in 2014 for Blue Jasmine.

And considering that all of the five Best Actress Oscar nominations she has had over the years were for films in which she’s played the titular role - Elizabeth (1999) - Elizabeth: The Golden Age (2008) - Blue Jasmine (2014) - Carol (2016), her nomination for Tár – in which she plays fictional composer Lydia Tár – is hardly surprising but completely deserved.

It could win her her third Oscar, joining Ingrid Bergman (Gaslight, Anastasia, Murder on the Orient Express), Meryl Streep (Kramer vs. Kramer, Sophie's Choice, The Iron Lady) and Frances McDormand (Fargo, Three Billboards Outside Ebbing, Missouri, Nomadland) as the fourth actress to ever win three Oscars.

Katharine Hepburn still holds the record with 4 Oscars (Morning Glory, Guess Who's Coming to Dinner, The Lion in Winter, On Golden Pond).

An (un)predictable outcome for Best Feature?

Putting aside Avatar: The Way of Water, the shortlist for Best Feature is an impressive one this year and all bets are off.

There are various arguments to be made for which film could be the frontrunner.

Sure, Everything Everywhere All At Once leads with the number of nominations, but could the inventively bonkers comedy be too much for the Academy when it comes to the big night? It's a daring take on the ubiquitous multiverse subgenre that’s brimming with boundless ideas and madcap flourishes; it might prove to be too out-there for voters.

Women Talking seems to be too divisive (and is the only film directed by a woman - Sarah Polley - in the shortlist), Elvis too mainstream, and Top Gun: Maverick - despite its runaway success at the box office this year - probably an unlikely winner.

It would be too much to ask for Tood Field's breahtakingly excellent Tár - which scored a pleasantly unexpected six nominations in total - to nab the Golden Baldie, but it could be the dark horse. And despite winning the top prize at Cannes and raking up the gongs at the European Film Awards last year, Ruben Östlund's Triangle of Sadness would be a surprise win.

All Quiet on the Western Front has recently moved ahead of the field and last week became the most-nominated film at the BAFTA Awards. It could very well be the outlier to keep an eye on, one which doubtlessly cost the underperforming Babylon a nomination.

Which leaves us with Steven Spielberg’s autobiographical drama The Fabelmans and Martin McDonagh’s dark comedy The Banshees of Inisherin as your best bets for the top prize come 12 March.

The Fabelmans is a nostalgic - if overly saccharine - lookback at how one of Hollywood's most celebrated directors, as a teenager in the ’50s and early ’60s, launched himself as an obsessive filmmaker. The nomination for Best Director is Spielberg's eigth, and considering Hollywood loves a meta narrative about filmmaking and rarely misses an opportunity to pat itself on the back when it comes to films celebrating filmmaking, you shouldn't bet against it.

As for The Banshees of Inisherin, it's a funny and profound black comedy that doubles up as an examination of a disintegrating friendship set against the backdrop of the Irish Civil War. It's a break-up folktale that features all of the director-writer’s acerbic wit, pitch-perfect dialogue and acute observations when it comes to the knotty realities of relationships. It stands as The Fabelmans' most likely competitor.

The 2023 Oscars will take place Sunday 12 March, at the Dolby Theatre at Ovation Hollywood. Jimmy Kimmel is back as the host, after previously leading the awards show in 2017 and 2018.