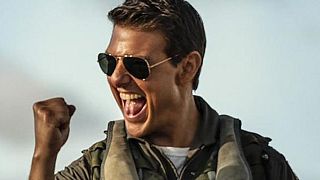 With 2022 about to take its final bow, film fans look to the global box office to find out which films have been the year’s biggest hitters.

Unsurprisingly, the majority of the Top 10 is composed of sequels and big tentpole blockbusters, films which have become safe bets for studios and cinemas looking to get as many bums back in seats and to bounce back after the existential threat the Covid pandemic posed to the industry.

So, without further ado, here is the full global box office Top 10 of 2022 (domestic and international numbers compiled) – with a few comments regarding the quality of the films and their places in the ranking.

The critically acclaimed legacy sequel to Tony Scott’s 1986 classic made the world re-enter the danger zone.

Its success could be attributed to several factors: the fact that Tom Cruise is Hollywood’s last of the old-school A-listers and still box office Viagra; that the belated nature of the sequel rhymed with curious spectators hungry to see a beloved character on screen once more; or simply because audiences crave a good old-fashioned and exquisitely made action movie.

Whatever you attribute the enormous box office success of Maverick to, the film seems to have resonated with audiences and critics alike. The film even surpassed Mission: Impossible - Fallout (2018) to become Tom Cruise's highest-grossing film of all time at the worldwide box office.

Director Joseph Kosinski, who had previously worked with Tom Cruise on 2013’s much-better-than-you-remember Oblivion, made Maverick a sincere drama and a thrilling ride that acknowledged that times had changed. It mercifully steered clear (for the most part) of the original’s brazen military recruitment vibe and replaced it with a certain mournful style that presents a world that could be on the verge of rendering pilots (in this case) irrelevant.

While it wasn’t perfect by any means, the impressive aerial stunts and the film’s final act - its nerve-wracking aerial dogfights in particular - were some of the most thrilling minutes you could spend in a cinema this year.

Less praise for the final instalment of the Jurassic World saga, which did exceptionally well this year.

The Jurassic Park franchise became the tenth film franchise to gross $6 billion with the release of Jurassic World Dominion. However, it remained a cynical, narratively barren cash grab with no soul and made you want to scream: “WHY DID YOU COME BACK, LAURA DERN? YOU DESERVE SO MUCH BETTER!”

It’s depressing seeing how well this embarrassment of a film did and considering Dominion became the 50th film to gross $1 billion worldwide, you can bet that the bean counters will ensure that we’re not done with the dinosaurs just yet.

Marvel fans were disappointed – to say the least – with the MCU’s Phase 4 and its overdose of TV shows and middling releases, leading even the staunchest of fans to admit that superhero fatigue was seriously kicking in this year. And Doctor Strange in the Multiverse of Madness was partly responsible for this feeling; a trippy instalment from horror maestro Sam Raimi (the Evil Dead franchise, Drag Me To Hell) that wasn’t strange, mad or multiverse-y enough. Worse, it ruined what the series WandaVision had established with regards to the character of Wanda aka: The Scarlet Witch.

It may not be the worst the MCU gave us this year – more on that later – but it did feel like another obligatory (and forgettable) brick in the MCU wall, as well as the underachieving understudy to Everything Everywhere All At Once, which showed everyone this year how brilliant the increasingly tiresome multiverse trend can be when you actually commit to the bit.

Flawed and not as charming as previous instalments, this still yielded some decent laughs. The minions are just getting started.

As of writing, James Cameron’s costly Avatar sequel is in fifth place, with global ticket sales since its 16 December release tallying $889m.

It had the 11th-biggest global opening of all time and the third-biggest global opening for a film in the pandemic era behind Spider-Man: No Way Home and the aforementioned Doctor Strange in the Multiverse of Madness, earning $441.7 million in its first week. Futhermore, with the release of The Way of Water, Disney led the studios in worldwide box office grosses and crossed the $4 billion mark for the eighth year. Estimates put it as being on course to make double this over the course of the next month, which would see the film soar to second place.

If there was one redeeming film in this year’s MCU offering, it was Ryan Coogler unwieldy but powerful sequel to the cultural juggernaut that was Black Panther.

It worked best when embracing its main thematic thrust about the agony of loss and reckoning with legacy, referencing the untimely death of its lead star, the much-missed Chadwick Boseman.

It’s undeniable that focus was the main issue in this frequently muddled offering that simply tried to incorporate too much; but it did serve as a reminder to studios that the key to success resides less in explosions and extended universes, and more in emotions.

The less said about queerbaiting, the better.

Everyone went nuts for the inexplicably overrated Matt Reeves-Robert Pattinson iteration of the Dark Knight.

However, look closely enough (which, granted, isn’t easy considering the tiresome stylistic trend that states that if things are serious, then the screen has to be as dark as possible) and it’s an overlong and narratively creaky Chinatown / David Fincher rip-off with little-to-no soul of its own. And while there’s nothing wrong about referencing past films, if you ape Fincher, you had better come correct.

As for those thick as fudge riddles, a not particularly bright six-year-old could solve them. Do better, R-Batz.

This fourth solo MCU adventure for Thor was the worst offender this year for Marvel. And a surprising misfire, considering Taika Waititi was behind the camera once more after delivering what many felt was the perfect Thor film with 2017’s Thor: Ragnarok. The jokes were naff, the stakes were non-existent and the imagination and charm were nowhere to be found.

Still, it's number 8 on the list, so Marvel still has little to worry about even when they’re releasing uninspired, low-tier fare.

This Chinese war film and sequel to last year’s The Battle at Lake Changjin commemorates the 100th Anniversary of the Chinese Communist Party and is based on the historical fighting at Funchilin Pass during the Battle of Chosin Reservoir in the Korean War.

It was released on the Chinese New Year and grossed $626.5 million in China, making it only with that domestic intake the ninth-highest-grossing film of 2022.

Not much else to say except that it’s a serviceable but jingoistic action film whose release in IMAX did wonders for its domestic gross.

Another Chinese film rounds off the Top 10, this time a sci-fi comedy that tells the story of Duguyue, who, after being left unexpectedly on the moon, becomes the last person in existence when an asteroid destroys the earth.

While there are some decent films in the Top 10, none of them made it to our best films of 2022 - neither at the halfway mark or at the end of the year.

Did we get it wrong, or is this box office list proof once again that numbers don't rhyme with quality? You be the judge.

If the projection holds, it means the industry will need to wait until at least 2024 to see a full return to pre-pandemic global box office levels.