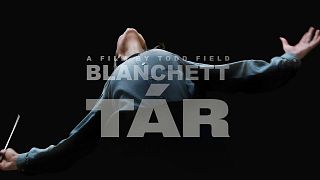 Ladies and Gentlemen… A Tár is born.

It’s no exaggeration to say that if there’s one film you absolutely need to see in this first half of 2023 (or at least before the Oscars in March), it’s Tár.

She’s an EGOT-winning titan at the top of her game; a prickly, nonsense-averse lesbian who is the first female chief conductor of the Berlin Philharmonic and insists that being a woman has not hindered her professional success in any way. She’s also the author of an upcoming autobiography, ‘Tár on Tár’. But in the run-up to her latest career milestone - a live recording of Mahler’s Symphony No. 5 - there’s a crescendo of whispers regarding personal and professional misconduct. This growing noise accuses her of favouritism and sketchy transactional relationships that could knock her off the podium.

Is she a brilliant woman whose downfall has been unfairly orchestrated by outside forces and fuelled by the abuses of virtue-signaling-turned-toxic social media? Or is this someone who is finally about to be judged for her abuse of power?

Thrillingly, Field offers no clear answers. He allows the audience to marinate in the ambiguities that permeate every frame of this fascinating slowburner of a film.

It’s up to us to decide whether Tár is a #MeToo story told from the perspective of a perpetrator or an anti-cancel culture tale about a privileged person undone by their emotional viciousness. Or both. And there’s no condescending spoon-feeding of meaning to be found or any rote melodrama you could expect from more traditional fall-from-grace narratives. Field knows better.

His nuanced script doesn’t come with a two-line thesis masquerading as moral guidance. Nor does he succumb to platitudes or reductive virtue-signaling that populates current binary discourses. Rather, he raises one of the knottier questions of our age (Can you separate the art from the artist?) and meticulously crafts a character study that explores power dynamics and feels similar to the way Paul Thomas Anderson (There Will Be Blood, Phantom Thread) approaches his subjects: complex, deep, uncomfortable and always captivating. Field's plot developments are slow paced and seem minimal but build up to something that feels huge; in the space of 158-minutes, he manages to subtly say more about privilege, power, gender and cancel culture than any impassioned speech or opinion piece you’re likely to hear and read this year.

Tár is without a doubt Blanchett’s career-best performance, which is saying plenty considering she is incapable of delivering a bad turn. She’s already won the Volpi Cup at last year’s Venice Film Festival for her performance and recently bagged the Golden Globe. If there’s any justice in the world, it’ll also land her the third Oscar of her career.

She exudes icy charisma and believable menace, and is central to keeping Field's ambiguity alive. You doubt yet don’t outright condemn Lydia Tár: you question her relationship with her seemingly loyal assistant Francesca (Portrait of a Lady on Fire ’s Noémie Merlant) and what could have happened with the enigmatic Krista Taylor, but proof of malevolence or misconduct always feels within reach yet out of grasp. You don’t necessarily feel for her loving yet troubled marriage to the orchestra’s first violinist, Sharon (Nina Hoss) but understand that Tár is someone whose self-absorbed tendencies prevent her from not being self-destructive. And when she says that “Nowadays, to be accused is the same as being guilty”, it’s not hard to see past her pretension and hear sense in her words.

People should be held accountable, but Field never fails in reserving judgment for the viewer. It’s impossible not to feel conflicted during her downfall, even if indicators conspire to gradually lead viewers to become appalled and anticipate her trajectory; but even then, a big part of you bizarrely sympathizes and wants to sit some more with the character and her complexities.

Blanchett inhabits the role and its contradictions so completely that Lydia Tár begins to feel like a real person. Or that the film could in fact be a faux-biopic based on the life of a real-life figure. Such is the strength of this tour de force performance.

“Can classical music written by a bunch of straight Austro-German church-going white guys exult us? And who gets to decide that?” she asks the class.

A student tells her that, “as a BIPOC pangender person,” they have always resisted playing or conducting the music of Johann Sebastian Bach.

She offers a controlled dressing down.

“Don’t be so eager to be offended,” she tells the student. “The narcissism of small differences leads to conformity. (…) If Bach’s talent can be reduced to his birth, country, religion, sexuality and so on – then so can yours.”

It doesn’t go down well.

“You’re a fucking bitch,” spits the student, as he hurriedly sulks out of the room.

Considering that the topic of cancel culture and the social media mechanisms that allow it to propagate is such a polarizing and tricky subject, the fact that Field has tackled it with such honesty, so effectively, and with his character’s journey in mind, makes his third feature film a very rare thing indeed.

A further element makes Tár an even more gripping watch: it plays out like a ghost story.

Not only is Tár haunted by the ghosts of her past and the building shitstorm threatening her career and personal life, but she's also plagued by her self-obsessed nature and the seemingly transactional relationships she can’t help herself from forging. These hauntings manifest in elegantly tense totems and sounds that serve to give the stunning direction an extra dimension.

Whether it’s the discovery of missing files, those recurring symbols which seem to fizzle with traumatic meaning for Tár, a metronome mysteriously ticking in the night or those sounds that seem to gradually get louder in her Berlin flat, a great many elements contribute to making this a very eerie and dark watch at times.

No review can fully encompass the effect this film can instill. The same could be said about so many film reviews, but Tár is a tricky one.

A more straightforward and immediately satisfying fable revolving around a fall from grace would be simpler to describe. But also far less mesmerizing. This is a film that demands attention of its audience – not just to the psyches of its protagonists and its themes, but to the slightest flourishes, lighting choices, sounds and visual clues hiding in the screen’s corners, all of which conspire to making Tár a uniquely measured, layered and subtlety unsettling drama.

The one film you absolutely need to see in this first half of 2023?

Make that the one film you need to see this year.

Tár is out in UK cinemas today and hits theatres in Europe next week and during the course of January.