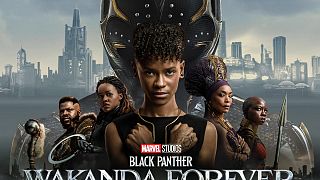 The tragic loss of Chadwick Boseman at the age of 43 shocked the world in 2020. Once the initial outpouring of sorrow had passed, many began to wonder how the Black Panther series could move on without him.

Can the part be recast? Would another character take up the mantle so soon, considering the first film’s massive cultural impact? Should the film be delayed? Or should it directly address the passing of its leading actor?

So many questions that led director / co-writer Ryan Coogler to admit that he was close to walking away from the series altogether.

Thankfully, Coogler didn’t and opted for the last option, making this sequel not only a graceful eulogy that manages to blur the lines between real life and fiction, but also a film that is directly based on the stages of grief.

Black Panther: Wakanda Forever pick up after the death of King T’Challa. His sister, Shuri (Letitia Wright) and his mother, Queen Ramonda (Angela Bassett) attempt to move on. Wakanda has not crowned a new Black Panther and the rest of the world’s governments, concerned with the country’s monopoly on Vibranium and sensing an opening, are more than eager to capitalize on the country’s seemingly weakened state in order to get their filthy mitts on the precious metal.

Adding to the grieving country’s woes is the realization that Wakanda aren’t the only ones with Vibranium. The advanced underwater empire of Talokan, led by their king Namor (Tenoch Huerta), reveals itself to the world during a sting operation on a drilling attempt by the Americans. Talokan have large quantities of lovely lovely Vibranium, which are threatened by mining operations. Seeking to protect his people, Namor reaches out to Wakanda with an offer, one that is both an offer and a threat.

For such an eagerly anticipated and fret-about sequel to a cultural juggernaut, Black Panther: Wakanda Forever doesn’t buckle under the weight of expectations. It impressively takes on board all fears fans may have had and turns them into advantages.

Even if there is, as you may have guessed from the plot skinny, a lot going on…

It works best when it embraces its main thematic thrust about the agony of loss and reckoning with legacy. Coogler and co-writer Joe Robert Cole’s strong script makes this sequel a frequently stirring film that generally steers away from Marvel’s more formulaic offerings. But it’s undeniable that focus does become an issue in a frequently muddled offering that simply tries to incorporate too much.

Granted, the film can’t forget to be its own story and not become a 2 hour and 41-minute-long tribute to Boseman. And it does moves forward, specifically when it comes to introducing Talokan. The excellent special effects, as well as the production design from Hannah Beachler, the costumes by Ruth Carter and the photography from cinematographer Autumn Durald, make the undersea kingdom significantly more impressive than anything DC’s godawful Aquaman has served up.

Oh and you can be sure that James Cameron is balled up in a corner somewhere cursing Black Panther: Wakanda Forever and its blue underwater community, considering his sequel absolutely no one asked for is released next month. Marvel has beaten him to it, and Avatar: The Way of Water has a lot to live up to.

But for all of that, one does wonder what Coogler could have achieved if he’d been able to streamline his narrative and not been forced to incorporate certain extended-universe elements that can feel slightly at odds with the rest of the film; elements like those centered around Martin Freeman’s Everett Ross, Julia Louis-Dreyfus’ Valentina Allegra de Fontaine or even newcomer Riri “Ironheart” Williams - as delightful as Dominique Thorne is in the role. Her introduction could have been saved for another occasion, as the plot twists itself into knots trying to keep her central to the action. Still, at least her role is significantly better written than Xochitl Gomez’ America Chavez in Doctor Strange in the Multiverse of Madness, who was too much of a dull prop to be a character in whom the audience could get invested.

As for the film’s main “antagonist” Namor, Tenoch Huerta is magnetic. Much like Michael B. Jordan’s Erik Killmonger in the first film, Ryan Coogler is interested in multifaceted “villains” who can’t be lumped into goodie / baddie dichotomies and which audiences can relate to.

This is the case once more with Namor, whose past is tied to Mesoamerican history and colonialism. His actions, while extreme and questionable in the second half of the film, simply reveal direct common ground between him and Shuri: two rulers justifiably fearful for the wellbeing of their people. It’s only a shame that Huerta is let down by the script, as the conflict between Wakanda and Talokan feels haphazardly executed, and his character motivations - especially when it comes to his central gripe with Riri Williams and the “well that escalated quickly” final act ultimatum aimed at the surface world - feel a tad undercooked.

The returning actors perform beautifully and mine the excellent script for moments of levity which all hit their mark. Angela Bassett is note-perfect as the wounded but commanding matriarch; Danai Gurira is a powerhouse as Okoye, existing perfectly in the space between threatening and playful; and Winston Duke’s M’Baku continues to be an absolute scene-stealing joy.

But the film belongs to Letitia Wright, who steps up to top billing by compellingly taking the reins.

Shuri is no longer the comic relief / Gen Z ‘Q’ figure she previously was; she’s now a reluctant hero figure for her country and goes through the stages of grief, with Wright handling denial, rage, sorrow, pain and fearful acceptance with an emotional honesty that makes the film's themes reverberate stronger. Her ascension to leading role status feels right, and Wright’s performance comfortably makes Shuri one of the most interesting characters in the MCU alongside a pre-Multiverse of Madness Wanda Maximoff / Scarlet Witch.

Black Panther: Wakanda Forever does ultimately suffer from being too unwieldy.

The familiar third-act Marvel issues, ie: the obligatory crash-bang-wallop segment - here a rather daft maritime scuffle whose resolution can’t help but feel underwhelming - reminds you that this is a film forced to fit inside the Disney / MCU machine. Every resonant character moment must be met with an opposite set piece that topples into generic superhero antics you’ve seen before.

Still, the film’s occasional unevenness makes you appreciate Coogler’s efforts and to what extent he has managed to sidestep the assembly line template for most of the runtime. The director, torn between the film he clearly wants to make and the big studio demands he must comply with, walks an ambitious tightrope when it comes to delivering a globe-trotting superhero film that feels both melancholic and epic.

He and his filmmaking team close the MCU’s very clunky Phase Four on a high, ending on a poignant note that is only buttressed by a heartfelt mid-end credits scene that had audiences gasping, aww-ing and clapping at the screening I attended. It had nothing to do with Rihanna’s new tune, which is nowhere near as memorable as the first instalment’s Kendrick Lamar & SZA’s barnstormer 'All The Stars', but everything to do with the one golden rule many forget when it comes to big blockbuster superhero fare: for all of the special effects, world building and action on screen, none of it matters unless you have relatable and well-rounded characters viewers can root for.

This sequel has them, and they make Black Panther: Wakanda Forever one of the most poignant superhero films you've seen so far, and hopefully a reminder to studios that the key to success resides less in explosions and extended universes, and more in emotions.