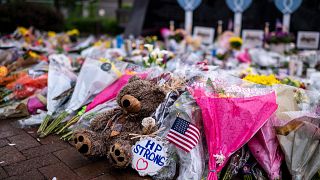 A US study has found a significant link between gun violence and high temperatures.

Researchers from the University of Washington examined the 100 worst cities for shootings in the US. They found almost 8,000 cases coincided with unseasonably warm weather.

As a driver of rising temperatures and heatwaves, climate change could therefore be contributing to violent shootings.

“Climate change, which may elevate daily temperatures above normal ranges, may contribute to increased firearm violence over time,” say the researchers, whose study was published in the medical journal Jama Network Open this month.

How does gun violence relate to hot weather?

Previous studies have theorised that since warmer temperatures increase stress hormones, they could heighten the potential for violent behaviour.

Gun violence was already known to rise in summer months, though the effect of heat on aggression was only one factor. Higher temperatures could also increase time spent outdoors, creating more potential for social interaction and disputes.

By focusing on the daily temperature variation by region, this latest study - the largest of its kind - was able to draw links between weather and gun violence outside of seasonal trends.

It showed that above average temperatures at any time of year were associated with a rise in shootings.

As climate change drives up temperatures, the high risk season could extend into spring and autumn, and the number of summer days when the risk is highest could increase, the researchers warn.

How was the study on weather and gun violence carried out?

The study, by researchers from the University of Washington’s School of Social Work, analysed the 100 most populous cities in the US with the highest number of shootings from 2015 to 2020. This included shootings where at least one person was killed or injured, but not suicides.

This data was compared with maximum daily temperatures by city, controlling for seasonality and long term trends. Results were pooled overall and by climate region.

For most cities, the peak temperature for shootings fell between 29°C and 32°C. An increase was also seen on days where temperatures were only moderately above average.

How bad is gun violence in the USA?

The study’s researchers call gun violence “a leading public health crisis in the US.” This is no exaggeration.

Guns are the leading cause of death for children and teenagers, and account for 77 per cent of all homicides in the US.

In 2020, 45,222 people died from gun-related injuries in the US, according to the Centers for Disease Control and Prevention (CDC). There were almost seven firearm homicides per 100,000 people.

How can cities combat rising temperatures?

Climate adaptation strategies can be used to reduce daily temperatures in cities. This can be done through changes to the built environment, such as increasing tree cover and green spaces.

Trees cool their environments not only by providing shade, but by releasing cooling water vapour through their leaves, and by reducing the urban ‘heat island’ effect. This is when the sun’s rays are absorbed by dark surfaces like tarmac.

Reflective surfaces can also help. Light coloured surfaces reflect solar radiation back into the atmosphere and store less heat than dark colours. This can be applied by painting roofs, buildings and roads in light shades.

Designing buildings in a way that reduces the need for air conditioning is another solution. Instead of glass exteriors, adaptive facades with window shades that adjust with the weather conditions are growing more popular.