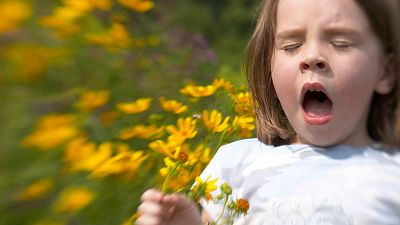 Hayfever is lasting even longer due to rising temperatures   -   Copyright  via Unsplash
By Shannon McDonagh  •  Updated: 09/02/2021

It claims that climate change has resulted in allergy season starting 20 days earlier, with stronger pollen concentrations of up to 21 per cent throughout.

Given how beneficial green spaces have proven to be - especially during the events of the past year - it isn’t ideal.

Research led by William Anderegg of the University of Utah School of Biological Sciences concluded that this provides a “crystal-clear example of how climate change is already affecting peoples' health across the US”.

Anderegg explains that enough smaller scale studies with similar answers gave them the inclination to use a model that tracks pollen increases across all of America, in relation to warming temperatures.

The study stresses that a formal detection of the relationship between climate change and allergies is urgently needed.

"Climate change isn't something far away and in the future. It's already here in every spring breath we take and increasing human misery”, says Anderegg.

"The biggest question is - are we up to the challenge of tackling it?"

How allergies impact the way we live

This study emphasises the impact allergens have on our general respiratory health, which has become more important than ever in the past year. It also explains how allergies have serious consequences, namely higher hospital visits and lower school performance in children.

What's more, the issue spells trouble for a number of people who may not currently experience problems with allergies.

“In general, the longer you’re exposed to an allergen, the more likely you are going to be sensitised to that allergen”, expert Leonard Bielory says.

The problem is definitely not exclusive to the US, with the The European Academy of Allergy and Clinical Immunology predicting that half of Europeans will suffer with some form of chronic allergy by 2025.

The Guardian has also labelled Tokyo, Melbourne and London as some of the world’s allergy hotspots.

Not the first of its kind

Over a decade ago, the Asthma and Allergy Foundation of America released a study that presented similar impacts, though their estimation of the increased allergy season went even higher, at 27 days.

The Union of Concerned Scientists describe global warming as “Miracle-Gro for weeds”.