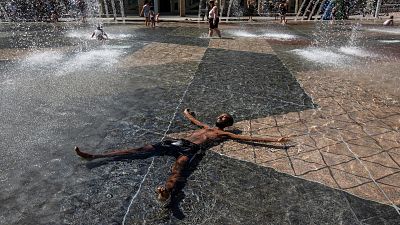 There is a proven link between climate-related weather events and increased anxiety, according to new research.

While there are already studies showing how climate change is - quite reasonably - a common cause of anxiety in people, the Mental Health and Climate Change Alliance (MHCCA) has looked into the increase in anxiety caused by a specific weather event.

Scientists studied a group of over 850 people in British Columbia, Canada, before and after the massive heatwave that hit the country in the summer of 2021.

The Canadian heat wave, called the ‘heat dome’ hit the US and Canada between June 25 and 1 July last year where temperatures in Canada hit a record high of 49.6°C. Before the Heat Dome, temperatures had never been higher than 45°C.

Many people had to work and sleep in cooling centres such as air conditioned buildings and stadiums, as the housing infrastructure couldn’t cope with the extreme heat.

It was so intense that city infrastructure was also affected. The blazing temperatures caused roads to buckle, power cables to melt and car windows to melt.

MHCCA researchers asked the 850 people a set of questions before and after the heat dome to see how experiencing climate change first-hand had changed their perspectives.

One of the most interesting changes came from those who had previously not expected climate change to affect them personally.

Before and after the heat dome, participants were asked: “Thinking of where you currently live, how likely or unlikely is it that your region will be devastated due to climate related changes?”

31.7 per cent of people thought that it was “very unlikely” their region would not be devastated by climate change. This dropped to just 15.8 per cent after the scorching summer.

And similarly, while just 17.5 per cent of people thought it was “very likely” British Columbia would be devastated by climate change beforehand, that rose to 29.8 per cent afterwards.

Climate anxiety is a growing problem

There is already an increasing understanding of the effect climate change has on people’s mental health with the rise of the term ‘climate anxiety’.

A landmark study last year found 75 per cent of young people across 10 countries believed “the future is frightening” and 59 per cent of people said they were “very” or “extremely” worried about climate change.

But this new study by MHCCA has shown just how much extreme climate-induced weather events can affect anxiety in real time.

The study was able to take responses from people just four days before the heat dome began and then asked again two weeks after it was over.

Climate anxiety is likely to only increase as people actually experience the adverse weather predicted by scientists.

Their research finds that climate anxiety is likely to only increase as people actually experience the adverse weather predicted by scientists.

“This draws attention to climate change anxiety as an emerging and pressing public health concern,” the report says.

“As such, our findings indicate a compelling urgency to incorporate mental health indicators into future decision-making policies,” it concludes.