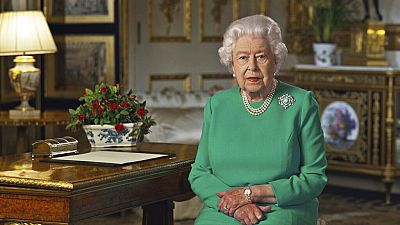 For the UK and the wider world, the second half of the 20th century saw rapid changes in the way we lived, worked and consumed. From the wide-scale adoption of plastics to the rise of cheap plane travel, since Queen Elizabeth II ascended to the throne on 6 February 1952, the world has changed dramatically.

And the first quarter of the 21st century has only seen things accelerate again. While climate change wasn’t a concept at the forefront of most people’s minds in 1952, it is now one of the most urgent issues of our times.

So how did the public’s attitude to the climate crisis develop during the Queen’s reign, and how green was the Queen herself?

We look back at some of the most environmentally important developments during Queen Elizabeth II’s reign and how she adapted to growing concerns about global warming.

What was the Great Smog?

When the Queen took to the throne, there were already signs of climate stress in the UK. Ten months into her reign, in December 1952, the Great Smog enveloped London.

Brought on by a combination of cold weather, an anticyclone (a system of winds that rotates about a centre of high atmospheric pressure) and windless conditions, London’s great smog was made up of airborne pollutants. Most of these came from the widespread burning of coal, which was still being used in domestic homes.

A thick blanket of pollution hung over the city from 5 to 9 of December, finally dispersing when weather conditions changed.

The smog even worked its way inside buildings in what is now thought to be the worst air pollution event in UK history. Modern estimates suggest that between 10,000 and 12,000 people died as a direct result as London’s ambulance service stopped running due to poor visibility.

The severe effects of the smog led to the first major piece of environmental legislation for Queen Elizabeth II.

The Clean Air Act received royal assent in July 1956 and aimed to reduce the effects of air pollution from coal burning and industrialisation. It restricted the burning of coal in domestic fires and created clean air pockets around the city.

But while politicians grappled with a shift away from coal, another major pollutant was taking to the skies.

The rise of the foreign holiday was one of the biggest changes in the Queen’s 70 year reign.

Once only available to the rich and famous, the growth of mass transit led to the birth of the package holiday, as many people began to travel abroad for the first time.

By the late 1960s and early 70s, perhaps spurred on by the 1972 film ‘Carry on Abroad’ the package holiday was big business.

While the Queen did not strictly ‘go on holiday’, as she always travelled for work reasons, she certainly did see a lot of the world.

According to the Telegraph, which assessed how far the Queen travelled, during her lifetime the Queen visited 117 different countries (out of a possible 195).

For comparison, according to a YouGov survey carried out in 2018, the average Brit has visited 9.58 countries.

In terms of mileage, this amounts to more than 1.6 million kilometres, which is the equivalent of travelling around the circumference of the globe 42 times.

Though in recent years, due to her age and ill health, the Queen’s carbon footprint fell dramatically, she travelled more than any other royal in British history.

What was the Queen’s carbon footprint?

As the Royal Family is partly funded by the taxpayer, the Prince of Wales is legally obliged to publish annual reports regarding the family’s carbon emissions and travel schedules.

In October 2021, ahead of the Queen’s speech at COP26, the eco experts analysed this data to work out the carbon footprints of the individual royals.

According to their research, the Royal Family had a combined carbon footprint of 3,810 tonnes a year, compared to the average Brit whose footprint amounts to just 10 tonnes per year.

Despite this staggering amount, the Queen’s travel footprint in 2021 was by far the smallest in the family, coming in at just 7.7 tonnes compared to Charles and Camilla’s 432.3 tonnes.

What about the carbon footprint of the Royal Household?

The Queen had six official Royal residencies, including Buckingham Palace and Windsor Castle. Although not all of Buckingham Palace’s 775 rooms are in use every day, it still takes a lot of energy to heat this historic building.

According to the Prince of Wales’ Annual Review in 2021, 100 per cent of the electricity used by the Household and 89 per cent of all office and domestic energy is now from renewable sources. Around 49 per cent of this is generated on-site by biomass boilers, heat pumps and solar panels.

The Household also buys credits from sustainable projects to offset carbon emissions to net zero. Extensive tree planting takes place in the Royal gardens, and the Queen herself planted oak trees for each of her four children on the grounds of Buckingham Palace.

The Queen and the age of plastic

While green causes are usually more associated with King Charles III than the Queen herself, in recent years she did play a role in improving the environmental impact of the Royal Family.

Plastic, first patented in 1907 by the Belgian-born American inventor, Leo Baekeland, was perhaps the most important material of the 20th century. It is a legacy we are still living with today.

Although the Queen wasn’t born until 1926, plastics would only begin to be mass-produced after she took the throne. In the 1960s and 1970s, this pervasive material began to reach a much wider audience, with the plastic bag beginning its takeover of paper in the late 1980s.

To put the growth of plastic use into perspective, according to the Center for International Environmental Law (CIEL) global plastic production was at 2 million tonnes in 1950 - by 2015 this had increased to 380 million tonnes.

The Queen was a big fan of Attenborough, and when presenting him with the Chatham House Prize in 2019 she said, “Your ability to communicate the beauty and vulnerability of our natural environment remains unequalled.”

The cafes in the Royal Collection can now only serve food and drinks in compostable or biodegradable packaging.

The Queen at COP26 in Glasgow

Perhaps the Queen’s most impactful actions came towards the end of her reign.

A few weeks before the COP26 summit in October 2021, she was caught on video at the opening of the Welsh Parliament.

“I’ve been hearing all about COP, I still don’t know who’s coming. It’s very irritating when they talk, but don’t do,” she was heard saying.

If anything was to drive home the importance of the upcoming climate summit to the British people, it was the Queen’s irritation at the lack of action.

She gave a speech, via videolink at the opening of the summit, telling gathered dignitaries: “This is a duty I am especially happy to discharge, as the impact of the environment on human progress was a subject close to the heart of my dear late husband, Prince Philip, The Duke of Edinburgh.”

It is telling that the Queen, ever the neutral diplomat, placed concern for the environment onto the shoulders of other royals.

She went on to say: “It is a source of great pride to me that the leading role my husband played in encouraging people to protest our fragile planet, lives on through the work of our eldest son Charles and his eldest son William. I could not be more proud of them.”

And it is to the younger Royals that the Queen has now left the burden of environmentalism.

What does the future hold for the Royals and environmentalism?

As we’re only in the early days of his rule, we’re yet to see how King Charles III will govern.

His environmental views are much clearer than his mother's though. The new King, an ardent gardener who told journalists that he likes to talk to his plants, has spoken about climate change for many years, telling delegates at COP21 in 2015:

“It is very simple: we must save our forests, for there is no Plan B to tackle climate change or many of the other critical challenges that face humanity without them.”

He even met climate activist Greta Thunberg at the World Economic Forum in Davos in 2020. The now King gave a speech stating: "Do we want to go down in history as the people who did nothing to bring the world back from the brink in time to restore the balance when we could have done? I don't want to.”

How the new King will be able to square this passion for the environment with the carbon-intensive duties of being King is yet to be seen. Unless he changes his personality overnight, however, there’s a good chance he will be much more vocal about green issues than his late mother.

The next steps for the new King Charles III