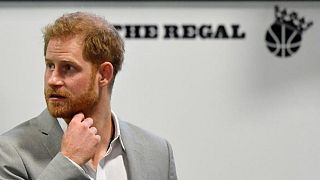 The Duke of Sussex has become the figurehead of a new sustainable travel initiative, just weeks after he and the Duchess of Sussex came under fire for taking four flights on private jets in 11 days.

He was forced to defend his record on when it came to taking care of the environment after a host of negative headlines took aim at the Harry and his wife for favouring private jets over lower emissions travel over the summer. After being dubbed a 'hypocrite' for waxing lyrical on the need to defend the environment, the Prince Harry told reporters “we can all do better" and said he would never choose to fly on a private jet if not for his family’s safety.

The Duke travelled to Amsterdam on a commercial flight to unveil the Travalyst initiative, which aims to make travelling more environmentally friendly. Environment activism has become a key topic for the Duke and Duchess of Sussex, who regularly speak out about climate change.

Read more | How do you make a luxury tourism destination zero carbon?

The responsible travel scheme is a partnership between holiday sites Booking.com, Skyscanner, TripAdvisor, Ctrip and card issuer Visa, who between them hope “to mobilise the travel industry as a catalyst for good, aiming to transform the future of travel for everyone”.

The Duke has been a key player in developing the initiative, which has been in the works for three years. Travalyst is actively looking to collaborate with local communities, governments, NGOs, leading businesses and social entrepreneurs to tackle the impact of over-tourism.

Its priorities will also include supporting local communities, countering climate change, reducing environmental damage and protecting wildlife and ecosystems. The launch followed Booking.com’s 2019 Sustainable Travel report that found 71% of global travellers thought companies should offer more sustainable holiday options, while 68% said it was important the money they spent when abroad should be fed back into the local community.

Read more | If you could fly clean, would you? What is carbon offsetting?

"Travel has the unparalleled power to open people's minds to different cultures, new experiences and to have a profound appreciation for what our world has to offer,” said the Duke in a statement ahead of the launch.

"As tourism inevitably grows, it is critically important to accelerate the adoption of sustainable practices worldwide; and to balance this growth with the needs of the environment and the local population.

"Bringing companies, consumers and communities together is our best chance to protect destinations and ecosystems for future generations."

He made the comments after a summer where he came in for criticism for taking four flights on private jets within 11 days. It later emerged the royal family had been offered the loan of the jet from Elton John, who revealed he had donated money to carbon offsetting schemes to counterbalance the environmental impact of the flights.

Meanwhile, the negative spate of headlines led the Duke and Duchess of Sussex to hire PR firm Sunshine Sachs, it was revealed yesterday. The crisis communications specialist has represented a host of beleaguered Hollywood stars including Michael Jackson and Harvey Weinstein.