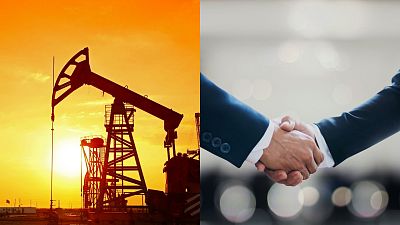 More than 600 fossil fuel lobbyists have swarmed COP27 - more delegates than the combined total of the ten countries most impacted by climate change.

636 oil and gas lobbyists registered to attend the COP27 event in Egypt, a 25 per cent jump on the number at last year’s conference.

Lobbyists are advocates that work to influence political decisions on behalf of organisations, pressuring negotiators and steering the debate.

A spokesperson for the groups described the size of the fossil lobby as a “twisted joke.”

“Those perpetuating the world's fossil fuel addiction should not be allowed through the doors of a climate conference.

“It’s time governments got out of the pockets of polluters, come to their senses and help make COP27 the success the world vitally needs it to be.”

How many fossil fuel lobbyists are there at COP27?

They act as paid ‘persuaders,’ putting pressure on negotiators to support decisions that are favourable to their employer.

At COP27, oil and gas lobbyists will work to protect the interests of the fossil fuel industry. For example, they could urge delegates development of oil fields in developing nations, and to push back against measures that ban new gas projects.

Yesterday, leaders of island nations called on countries to pay for climate reperations by taxing big oil. Oil industry lobbyists will likely work to water down any agreements to this effect.

The oil and gas lobby at COP27 is larger than any single national delegation with the exception of the United Arab Emirates, who are hosting next year’s conference.

These are the ten countries most impacted by climate change according to Germanwatch, a global climate risk index.

Despite the promise that COP27 would foreground African interests, the fossil lobby outnumbers any delegation from Africa.

“There’s been a lot of lip service paid to this being the so-called African COP, but how are you going to address the dire climate impacts on the continent, when the fossil fuel delegation is larger than that of any African country?” said Phillip Jakpor, Corporate Accountability and Public Participation Africa.

29 countries in total have fossil fuel lobbyists within their national delegations. After the UAE, Russia has the second most with 33.

COP27 is being held in Sharm el-Sheikh, a highly secured Egyptian tourist resort.

The right to protest has been limited in the run up to the event, with campaigners complaining of intimidation and censorship.

Public demonstrations are effectively banned in Egypt, where the government has engaged in a far-reaching crackdown on political dissent.

COP will be "significantly quieter and much more regulated" this year, campaigner Hossam Bahgat, head of the Egyptian Initiative for Personal Rights (EIPR), said last month.

Nonetheless, some protests have been held. Yesterday, activists held a protest in the central blue zone of the conference, calling for an end to fossil fuel funding.

A broad coalition of 126 groups are also demanding that fossil fuel lobbyists be excluded from climate talks. They have submitted this demand to the United Nations Framework Convention on Climate Change - the body that oversees COP.

“Now is the moment the UNFCCC must protect its mandate from polluting interests undermining it,” the submission reads.