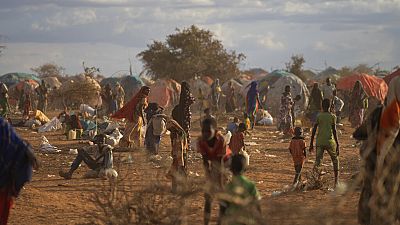 The world's largest climate conference, COP27, has been dubbed by some as the “African COP”. The positions of African countries on renewable energy sources or climate change financing will be centre stage at the talks.

Africa is particularly vulnerable to climate change. According to NGOs, staple crops and fish harvests are expected to decline by up to 40 per cent.

And an estimated 116 million people in Africa could soon face problems associated with rising sea levels.

“I come from Mozambique, where 60 per cent of the population live along the coast,” says Solani Mhlando, the World Wildlife Fund’s Mozambique country director.

“And we have cyclones every year. They’re becoming more intense. I have seen communities three years after cyclone Idai in 2019 still trying to recover”.

Investment opportunities are also very important for Africa in the coming years, especially when it comes to water, protecting the coast and cooling, according to a new analysis by the International Finance Corporation.

But the world's richest nations have already failed to fulfil a $100 billion-a-year pledge for climate change funding.

"For the next 20 years, we need about $100 billion of investment in Africa for adaptation,” said Makhtar Diop, the managing director of the international finance corporation.

“That's what would help end a number of the challenges. That means $5 billion a year would be very useful and make a difference."

The transition into a more sustainable world will require trust between the North and the South. But that trust has soured over the past couple of years.

While the gestures are there, it’s yet to be seen if Africa's voice will be heard at COP27.

Watch the video above to learn more about the "African COP".