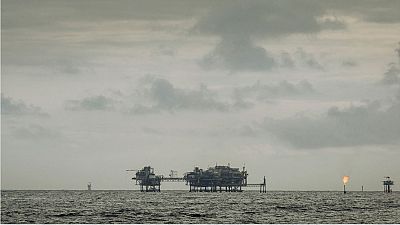 It found that, of the 50 biggest polluters, half are oil and gas fields.

Polluters are ‘greenwashing and cheating’ by under-reporting according to UN Secretary General António Guterres- with dangerous consequences.

“The climate crisis is in front of our eyes - but also hidden in plain sight. We have huge emissions gaps, finance gaps, adaptation gaps,” he said.

“But those gaps cannot be effectively addressed without plugging the data gaps.After all, it is impossible to effectively manage and control what we cannot measure.”

Why is accurate emissions reporting important?

Under the UN model, countries report their own greenhouse gas emissions. They put these amounts together from what companies report.

However, these self-reported results are not always accurate.

Emissions from methane leakage and ‘flaring’ - the practice of burning unsellable gas - are frequently overlooked.

“Among the top countries that report their oil and gas production emissions to the UN, Climate TRACE finds emissions are as much as three times higher than self-reported data,” their research revealed.

In order to tackle the climate crisis, we need to know where pollution is coming from, Al Gore, Former US vice president and a founding member of Climate TRACE, said at COP27 today.

“The climate crisis can, at times, feel like an intractable challenge – in large part because we’ve had a limited understanding of precisely where emissions are coming from.”

Gore added that this level of detail means we finally have emissions data that enables us to act decisively. It could also help prioritise efforts to achieve the deep cuts in greenhouse gas emissions needed to prevent climate catastrophe.

Who is responsible for the most global emissions?

The top 500 individual sources of emissions worldwide represent less than 1 per cent of total facilities included in Climate TRACE’s dataset.

Yet they accounted for 14 per cent of global emissions in 2021.

According to the dataset, the Permian Basin - an oil and gas field in the USA - is the most polluting project in the world. Over the last 20 years, it has spewed out 471 million tonnes of CO2 and equivalent gases.

It is closely followed by Urengoyskoye, a Russian oil and gas field in Siberia. Over the last 20 years, it has emitted 317 million tonnes of CO2 and equivalent gases.