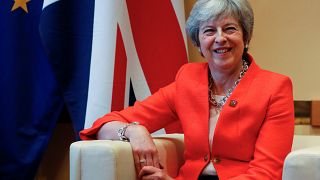 With six months to go until the UK is due to leave the EU, the British Chambers of Commerce (BCC) have issued a stark warning on the risks of a ‘no-deal’ Brexit.

A new report from the BCC found that one in five UK businesses plans to move all or some of their operations to Europe, if the government fails to reach a deal.

They also found that 21% would cut investment and 18% would cut recruitment - figures the BCC says should act as a "wake-up call" to Britain.

Dr Adam Marshall, Director General of the BCC, said: “Reaching a deal with the EU, which addresses the future terms of trade and provides certainty, must be the government’s number one priority.

“Our evidence is clear - failure to reach a political agreement would have real-world consequences.”

The figures showed that larger firms and those trading internationally would suffer most from what they described as a “disorderly and sudden exit from the EU.”

The BCC also found that, of the 2,500 businesses they surveyed, 62% of UK firms had not yet assessed the impact of Brexit on their company.

Britain is set to leave the EU on the 29th of March 2019, but London and Brussels remain deadlocked over the terms of their separation.