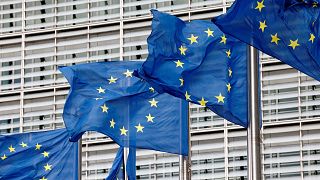 The EU has approved a €28 billion German renewable energy scheme.

The policy is aimed at rapidly expanding use of wind and solar power. It is designed to deliver Germany's target to produce 80 per cent of its electricity from renewable sources by 2030. Replacing an existing renewables support scheme, it runs until 2026.

The European Commission says the scheme is "necessary and appropriate" to promote renewable energy and cut planet-heating emissions, and that its positive environmental impact will outweigh possible distortions of competition.

The scheme pays a premium to renewable energy producers, on top of the market price they receive for selling their power. Small generators can receive a feed-in-tariff providing a guaranteed price for their electricity.

Expanding clean energy production will be key to meeting Germany's goal to eliminate its net greenhouse gas emissions by 2045. It will also partially fill the energy supply gap caused by Russia cutting off most of the gas it sends to Europe this year. Germany was highly dependent on Russian gas.

To avoid compensating companies twice, Germany will also phase out existing support for renewable producers in times of negative power prices by 2027.

The Commission said Berlin's renewable state support was limited to the "minimum necessary" and included safeguards to minimise competition distortions. Companies must bid for the aid in government tenders.

Concerns focussed on Germany's broader plan to spend up to €200 billionin subsidies to shield consumers and businesses from soaring energy costs. This is a sum that many other states cannot afford, and which some said would distort competition in the European Union's single market.

The German initiative, announced in October, highlighted the divide between wealthy EU countries that can accommodate new borrowing and cash-strapped governments that are desperately looking for new funds.

"Without a common European solution, we seriously risk fragmentation. So it is paramount that we preserve a level playing field for all," said European Commission President Ursula von der Leyen at the time, without mentioning Germany.