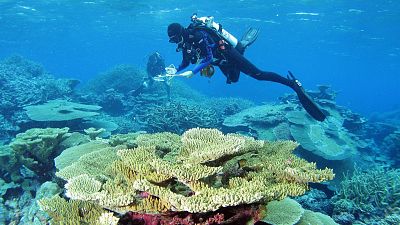 An NGO in the US is trying a unique approach to protect Hawai’i’s coral reefs: insurance. The policy will fund repairs to the coral as soon as it’s been damaged by a hurricane or tropical storm.

The Nature Conservancy (TNC) has just purchased the first ever policy of this kind in the US.

“In Hawai‘i, we are rooted in the environment; the health of our coastlines and communities is directly tied to the health of the coral reefs surrounding our islands,” says Ulalia Woodside Lee, TNC executive director for Hawai’i and Palmyra.

“By investing in nature, our insurance and finance partners are demonstrating its value as a critical natural, cultural and economic resource.”

How does the insurance policy for Hawai’i’s reefs work?

Hawai’i will get up to $2 million (€1.9 million) of insurance protection for its coral reefs until the end of 2023, under the new policy.

It covers a majority of the US state and begins paying out when wind speeds reach 50 knots (92.6 km/h).

The higher the wind speed, the bigger the payout up to the policy’s maximum amount. This money can then be used to rapidly repair the reef within seven days of an extreme weather event.

TNC will be creating a rapid response plan for restoring Hawai’i’s coral reefs after storms, and training reef responders to carry out the repair work.

Why does Hawai’i need a coral reef insurance policy?

Reefs provide jobs worth €808 million, contribute more than €1.1 billion to the state’s economy through tourism and protect people and property on the coast from flooding.

“Coral reefs are vital to our people, our culture, our lifestyle and our economy; reef insurance will help us care for them,” says Ekolu Lindsey of Hawaiin non-profit Kīpuka Olowalu.

“In Hawaiian culture, the coral polyp is the origin of all life. We have a kuleana (responsibility) to maintain the integrity and rejuvenation of our coral reef systems.”

In Hawaiian culture, the coral polyp is the origin of all life.

They have come under increasing threat due to climate change and human actions. Over the last 40 years, live coral cover on some of Hawai’i’s reefs has declined by 60 per cent due to local pressures like overfishing and pollution.

The frequency of hurricanes and tropical storms - which are major short term threats - is also increasing.

Research shows severe hurricanes can cause half of live coral cover to be lost. Losing just one metre of reef height can double the cost of damage done to coastal communities by these extreme weather events.

Where were the first ever coral reef insurance policies bought?

TNC and its partners first developed the idea of insuring coral reefs in 2019.

Hurricane damage is a major risk for coastal ecosystems in Quintana Roo, Mexico. It was here that local tourism businesses and the government bought the first-ever insurance cover for parts of the Mesoamerican Reef (MAR).

After Hurricane Delta in 2020, proceeds from the policy were used to repair the reef.

Since then the Mesoamerican Reef Fund has expanded its coverage across the entirety of the MAR - all the way from southern Mexico through Belize, Guatemala and Honduras.

A payout recently allowed the rapid restoration of the beach and reef in Belize after Hurricane Lisa this November.