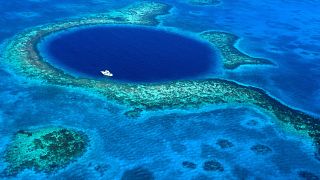 In Belize, community-based conservation is empowering local tour guides, fishermen and volunteers with the skills and resources needed to save the Belize Barrier Reef.

Co-ordinated by the Belize-based non-profit Fragments of Hope, the coastal community of Placencia Village in Stann Creek District, southern Belize, has spent over a decade planting hundreds of thousands of fragments of coral amongst hurricane-ravaged reefs.

Guides, fishers, divers and snorkellers are trained to plant coral and monitor its development under a community-focused system that’s seen coral coverage in protected areas off the coast of Placencia rebound from 6 per cent to 60 per cent.

Placencia has become one of the most successful and long-lasting coral regeneration sites in the world.

Placencia has become one of the most successful and long-lasting coral regeneration sites in the world, and the community-based conservation model is now being expanded in order to protect and regenerate large swathes of Belize’s vast, but endangered, barrier reef.

Why protect the Belize Barrier Reef?

The Belize Barrier Reef is the second-largest reef system in the world. Stretching for 190 miles along the coast of Belize, it’s home to hundreds of species of coral, fish, turtles, molluscs and marine mammals.

It’s also vital to the Belizean economy - the World Wildlife Fund estimates that the reef accounts for 15 per cent of the country’s GDP and provides work for upwards of 200,000 people in the fishing and tourism industries.

But the Belize Barrier Reef is under threat from coral bleaching events linked to climate change, trawling, oil exploration, and natural disasters.

In 2001, huge sections of the Belize Barrier Reef were devastated when Hurricane Iris slammed into the Placencia Peninsula. Coral overage in the area was reduced from an estimated 50 per cent to a low of 6 per cent, endangering an already fragile ecosystem while putting local livelihoods at risk.

After Hurricane Iris, no one was interested in conservation projects.

Lisa Carne, the founder of Fragments of Hope and a marine biologist from the USA who has been living in Belize since the 1990s, explains how many wrote the reef off for good.

"After Hurricane Iris, everyone in Placencia was saying the reef is dead,” Carne explains. “The general feeling was that the reef couldn’t be saved, and no one was interested in conservation projects”.

Reproducing coral through a genius process

Carne had other ideas.

Many coral species can reproduce asexually through a process called fragmentation.

After seeing fragments of broken Elkhorn coral in the seagrass in Ambergris Caye, a popular tourist destination in northern Belize, Carne decided it must be possible to transplant coral cuttings to start new colonies in vulnerable areas like Placencia.

Using a similar methodology for transplanting and growing coral, penned by fellow marine biologist Dr Austin Bowden-Kerby, as a basis, Carne began to establish coral nurseries in Placencia where coral cuttings could be grown and used to regenerate the reefs.

From the beginning, the project has always been community-focused.

Many coral species can reproduce asexually through a process called fragmentation.

Carne explains how it was the local fishers and tour guides who began updating her on the positive progress of the coral nurseries she began planting among the decimated reefs.

Andin 2006, Carne received funding that allowed her experiments to expand.

In 2009, restoration efforts took off when Carne launched the ‘Coral Nursery Project’.

The goal was to save the once vibrant coral reef at Laughing Bird Caye National Park, a protected area the local community had successfully lobbied the government to protect as a national park,before it was hit by Hurricane Iris.

This formed the basis for the community-based conservation charity ‘Fragments of Hope’, which in 2013 was registered as a non-profit.

A successful model of community-based conservation

Fragments of Hope provides the training needed under Belizean law to handle coral. The charity trains fishers, tour guides, boat crews, divers, and volunteers from the community to trim and monitor coral in underwater nurseries, and to plant and monitor coral in restoration areas.

With the help of the community, Fragments of Hope has now planted upwards of 85,000 fragments of coral in Laughing Bird Caye National Park alone.

The non-profit also runs extensive outreach projects, providing schools across Belize with educational resources and materials that will allow the next generation to continue to protect the Belize Barrier Reef.

From the original coral nurseries at Laughing Bird Caye National Park, the community has now established 23 sites around Placencia. Carne explains how a recent surveying project using drone technology allowed them to accurately quantify the extent of coral coverage in the area.

The coral is now a foundation for a thriving marine ecosystem, where tourists can snorkel and dive with rays, tropical fish and turtles.

Laughing Bird Caye National Park now has coral coverage of 60 per cent, higher than the coverage before Hurricane Iris. The coral is now a foundation for a thriving marine ecosystem, where tourists can snorkel and dive with rays, tropical fish and turtles.

“More coral equals more fish,” says Carne of the community-based conservation model. “And it’s amazing how much of a difference you can make in a decade. We now have tour guides who can go out and show their guests a coral reef ecosystem, not just rubble.”

The success of the project hasn’t gone unnoticed, and Fragments of Hope is now expanding its work across multiple sites along the length of the Belize Barrier Reef.

Government agencies are also stepping up to the challenge. Bottom trawling is now banned in Belize, important fish species like the Parrotfish are protected by law and oil exploitation close to the reef is now illegal.

Fragments of Hope has also announced a new collaboration with SECORE International, an organisation that promotes coral reef restoration worldwide.

The partnership will allow the non-profit to begin implementing coral seeding across their restoration sites, a process that allows coral to be developed sexually, rather than asexually. This increases genetic diversity and improves the long-term health of the coral reefs.