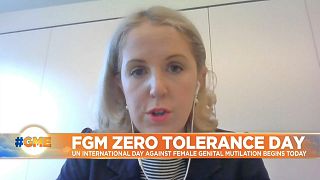 Thursday is the United Nations International Day of Zero Tolerance for Female Genital Mutilation (FGM). The practice - which is banned under EU rules - is a form of abuse and violates human rights.

FGM involves the partial or total removal of external female genitalia for non-medical reasons and holds no health benefits whatsoever.

The practice is primarily concentrated in the western, eastern, and north-eastern regions of Africa, as well as in some Middle Eastern and Asian countries. The World Health Organisation (WHO) considers FGM a global concern.

Worldwide, more than two hundred million girls and women have been affected. The number of cases is widespread across Europe too, with the most cases coming from the UK, Italy, Germany and France.

Only last month, a couple were jailed in Dublin for mutilating their then-21-month-old daughter in the first case of its kind in Ireland.

The reasons as to why FGM happens vary from region to region, but they include a variety of socio-cultural factors within families and communities. These consist of the ideas that it is a social norm and that it increases the marriageability of the woman or girl.

Research has also shown that there are economic costs. A WHO study has found that treating health complications of FGM totalled $1.4 billion during 2018. This amount is expected to rise to $2.3 billion by 2047 if prevalence of the practice remains at the same level.

The European Commission has said that it is “strongly committed” to eliminating FGM.