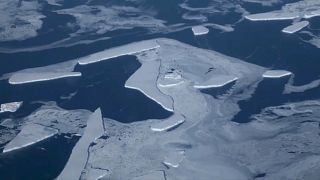 The Antarctic and the Arctic, being literal polar opposites, often demonstrate opposing trends — at least when it comes to sea ice patterns in the last half-century.

The Arctic has shown a melting trend for decades, so consistent and dramatic that it's now a symbol of climate change. Cruise ships now operate in the fabled and once impassable Northwest Passage. Meanwhile, in Antarctica, sea ice was steadily increasing, until 2014.

A new study using satellite data has determined that since 2014, sea ice levels in Antarctica have nosedived. Now, Antarctica is outstripping its northern counterpart at an alarming rate — the continent has lost as much sea ice in the last four years as the Arctic has in the last 34 years.

The study established that the rapid ice loss reduced Antarctic sea ice to its lowest levels in the 40-year satellite observation record. Authored by Dr. Claire Parkinson, a climatologist at NASA's Goddard Space Flight Centre, the report was published in the journal Proceedings of the National Academy of Science of the United States of America.

The most extreme ice loss event occurred in 2016. Parkinson puts forward several reasons that could have contributed to the loss, including an extreme El Nino year that created unusually warm temperatures, and a weakened polar vortex. Above all, the study argues, this demonstrates an interconnected global climate system, in which weather patterns and trends half a world away in places like the tropics can have measurable effects in Antarctica.