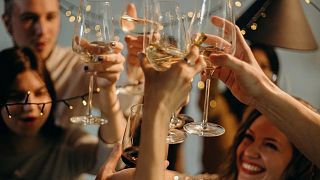 From Covent Garden to Kensington, central London seems to have a private members' club on every corner. But what goes on inside these exclusive institutions and who joins them?

Historically reserved for the social elite, private members' clubs have diversified to accommodate everyone from creative minds to change makers.

Annabel’s, Mayfair, is an institution in the heart of one of London's most exclusive districts. Open since the 1960s, the club has welcomed everyone from Richard Nixon to Lady Gaga.

A Picasso painting greets visitors on arrival in the lavish lobby, which unfolds into extravagant meeting rooms, restaurants and a garden courtyard. After hours, Annabel's "hand-picked alchemy of like-minded people who share a passion for the best things in life" revel in its legendary nightclub.

As for the dress code, "fashion trainers...in good repair" are acceptable, ripped jeans are not, and gentlemen must wear jackets after 6pm. Members events run from the pagan-influenced Summer Solstice to a Halloween Circus of Horrors and fundraisers for the Amazon rainforest.

For the creatives: The Arts Club

A post shared by The Arts Club, Mayfair (@the_arts_club)

This "community of discerning thinkers and thought leaders" is abuzz with creatives, from film buffs and photographers to musicians and actors.

Members also enjoy use of the club's private event spaces, restaurants and bars - including one for rare cigars and whisky - dotted with impressive art installations.

For changemakers: The Conduit

Club members with a conscience gather at this Mayfair haunt. Want to join them? You'll need a proven track record in do-gooding. The Conduit invites "entrepreneurs, investors, creatives, business leaders, activists, civil-society leaders and policymakers" to pool their knowledge network and capital to drive positive impact and solve the world's challenges.

For the elitists: 5 Hertford Street

If you need to ask membership costs for this most exclusive of exclusive clubs exclusively for exclusive individuals, you’re not going to be allowed to join. Sorry, no riff-raff here - provided you define riff-raff as nearly everyone. Inside it’s as opulent as any ivory tower with two restaurants, three bars and a nightclub, LouLou’s.

The hype around Mossiman’s haute cuisine is fully justified. Members dig into French, seasonal and soul-warming dishes in the wood-panelled Davidoff room with a view of the kitchen. Unlike the Montblanc room for two, you can actually turn around in there.

For the jet-setters: Soho House

Soho House touts itself as a club for creatives, but these days you're just as likely to find accountants with memberships. This club’s biggest benefit is that there are so many of them. Get a membership and you can chill out as much in New York and Istanbul as in London.