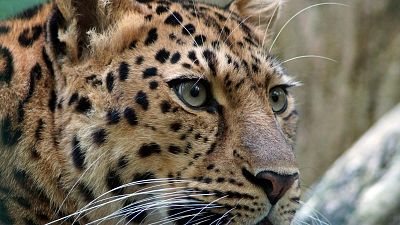 WWF has announced that it is planning to sell non-fungible tokens (NFTs) to raise funds for its conservation work.

Taking the form of digital artworks, experiences and collectables, the wildlife charity says they will help to raise money and awareness for 13 of the world’s most endangered species.

Alongside unique art, buyers will be rewarded with “real-world experiences” that include meetings with conservationists and a chance to see WWF’s work to protect gorillas and orangutans in person.

Our #WWFTokensForNature focus on 13 endangered species ???

Releasing our NFTs on the eco-friendly @0xPolygon blockchain, each transaction has the equivalent carbon emissions of a glass of tap water.

But these ‘Tokens for Nature’ have attracted a wave of backlash on social media with threats to cancel donations and unfollow the charity if they go ahead with the sales.

Following environmental concerns around NFTs, critics on Twitter have called it “bleak beyond belief,” “astonishingly stupid” and a “bafflingly terrible decision” in replies to the announcement.

yeah we're into the #blockchain

In a similar way to cryptocurrencies, the majority of NFTs are “minted” or verified using a blockchain - a digital ledger of transactions - called Ethereum. It relies on a huge computer network that consumes vast amounts of energy.

WWF says that its NFTs use an “environmentally- friendly” version of Ethereum called Polygon. It claims that using this side chain involves minimal energy consumption. According to its calculations, one transaction has the equivalent carbon footprint of a single glass of water.

The charity adds that it firmly believes NFTs and blockchain are “here to stay” and wants to engage with this space in a “responsible way” to raise funds for its conservation work.

Can NFTs ever be green?

Pete Howson, a senior lecturer in International Development at the University of Northumbria, says it is difficult to get involved in NFTs without getting your hands dirty - even if you are using an ‘eco-friendly’ blockchain.

“Polygon registers transactions on Ethereum, a PoW (proof of work) blockchain which has a carbon footprint the size of Sweden’s. And yes, you’re still expected to pay for these NFTs with dirty cryptos,” he tells Euronews Green.

Polygon registers transactions on Ethereum, a PoW (proof of work) blockchain which has a carbon footprint the size of Sweden’s.

Howson adds that it doesn’t really matter if WWF is using Polygon because Ethereum’s carbon footprint is not directly related to the number of transactions that occur on the network.

“Proof of Work ‘mining’ or validating is what gives Ethereum its dirtiness. If people are buying Eth to spend on WWF’s NFTs, the value of Eth then goes up and the amount of mining, therefore, increases, because the rewards for doing so are higher.”

He explains that alternatives to Ethereum already exist that can enable NFT markets without the carbon headache. We may be heading in the right direction but while payments in cryptocurrencies are still being accepted, it's not an easy problem to fix.