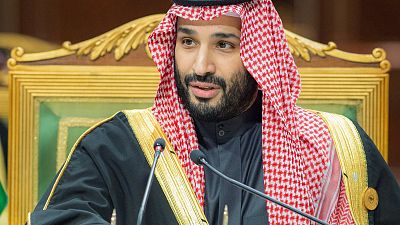 Saudi Crown Prince Mohammed Bin Salman is head of state for one of the Gulf Cooperation Council member states that have censured Netflix   -   Copyright  Bandar Aljaloud/AP   -
By Tim Gallagher  with AP  •  Updated: 08/09/2022

Several Gulf Arab countries have hit out at Netflix in the latest international media vs national censorship row.

In a statement, which was accompanied by separate ones from Saudi Arabia and UAE, the nations said some unspecified shows “contradict Islamic and societal values and principles.”

It has been read as targeting programming which features gay and lesbian content.

Which shows do the Gulf States want to censor on Netflix?

The statement from the six Arab countries did not specify which shows they were referring to, but there have been some clues.

A ‘behavioural consultant’ on state TV in Saudi Arabia described Netflix as the “official sponsor of homosexuality.” The claim was played alongside a blurred out clip of two female characters from Jurassic World: Camp Cretaceous kissing.

The same moment in the show attracted complaints in Hungary, which recently brought in legislation banning the promotion of homosexuality.

What was the ‘Lightyear’ controversy?

Earlier this year, Muslim majority countries moved to ban the release of the Pixar prequel Lightyear which featured a lesbian plotline.

The Toy Story spin-off was banned in Bahrain, Egypt, Indonesia, Iraq, Jordan, Kuwait, Lebanon, Malaysia, Oman, Qatar, Saudi Arabia, Syria and the UAE. In this case, the scene showed a lesbian space ranger, Alisha, kissing her partner on returning home from a mission.

At the time, it was stated that backlash was expected and Disney did attempt to remove the scene. However, the House of Mouse was forced to reinstate it following staff protests.

The Lightyear debacle was just the latest in a long line of headaches for streaming services and studios in an international market.

It was reported that Disney did not even submit Lightyear to censors in Saudi Arabia after Doctor Strange and the Multiverse of Madness, Eternals, and _West Side Story_were all blocked from release due to LGBT+ content.

Turkish President Recep Tayyip Erdogan made an extraordinary intervention over ‘satanic’ costumes on popular entertainment show 'The Masked Singer', and in 2020, Netflix was forced to cancel its Turkish original ‘If Only’ after pressure from the Turkish government to remove a gay character.