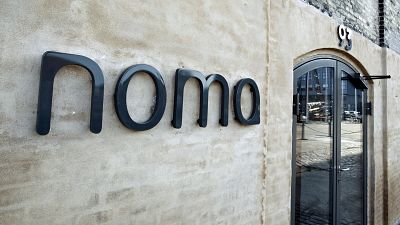 René Redzepi’s world-beating restaurant, Noma, in Copenhagen, has finally received three Michelin Stars. For many, this has been a very long time coming.

Opening the first time round in 2003 and smashing the accolades like an establishment possessed, Noma won the title of World's Best Restaurant in 2010, 2011, 2012 and 2014. Known for putting Nordic cuisine firmly on the culinary map, Redzepi still couldn't grasp that elusive third star, despite sitting on top of the world rankings according to Restaurant magazine.

The Michlin Guide Nordic Countries 2021 covers Denmark, Finland, Iceland, Norway and Sweden, and the new stars were unveiled on the evening of Monday 13 September during a televised launch at the Stavanger Concert Hall, Norway.

Michlin said Noma "has a strong connection to nature and its holistic approach sees unusual seasonal ingredients showcased in creative and complex dishes."

Moving to new premises gave rise to the second and current incarnation of the restaurant, and brought with it a reignited focus on seasonal food.

"I'm completely flabbergasted. I really, honestly am completely surprised," he said, with a glass of wine still intact in his left hand. I feel something I haven't felt before, I don't know what to express right now.

This is 14 years of waiting. We have patience, but at one point you also think maybe it's just never going to happen."

Maaemo in Oslo, Norway, also received a 3-star rating, as well as a Michelin Green Star for its sustainability credentials.

Chef Esben Holmboe Bang said he had been nervous in the lead-up to the announcement as he had moved to a new location as wasn't sure if he would retain his stars.

"For me, 3 Michelin stars is the biggest honour you can achieve as a chef and as a team, and as a restaurant. It's been a very emotional journey," he said.

Kong Hans Kælder in Copenhagen gets an upgrade from one to two stars in 2021. It has been running for 45 years and has a famously beautiful gothic setting.

Michelin said: "The luxurious ingredients and rich flavours are rooted in French cuisine, but chef Mark Lundgaard also stamps his own imaginative mark on these accomplished modern dishes."

Chester Grosvenor's Michelin omission leaves the county with no stars