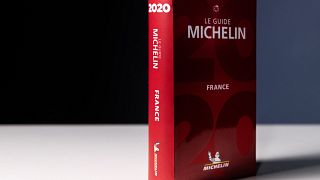 When Paul Bocuse's flagship Lyon restaurant lost its Three Michelin Star rating, the culinary world was aghast. Could standards have slipped in one of the world's best restaurants?

Michelin said that while the restaurant "remained excellent", it was no longer at the level of three stars.

The team at the now two-star establishment on the River Soane released a statement saying: "Although upset by the inspectors' judgement, there is one thing that we never want to lose, it is the soul of Mr. Paul. Paul Bocuse was a visionary, a free man, a force of nature."

But a very different story is that of the Chester Grosvenor, who have lost their one-star accolade on account of the restaurant being closed for so long that they were not eligible. They were one of the longest standing holders of a Michelin star in the UK, having been awarded it in 1990.

As the team in Cheshire leave the county with no Michelin stars at all, renowned London restaurant Le Gavroche continues to lead the pack with an unprecedented Michelin longevity of 47 years.

It lost its third star in 1993 but continues to carry two stars to the present day.

Internationally, you would have to go back to Bocuse for the record. It held three stars for 55 years.

The team at the Grosvenor says they look forward to launching their new refined dining concept in Spring 2022, which has been rebranded as Arkle.