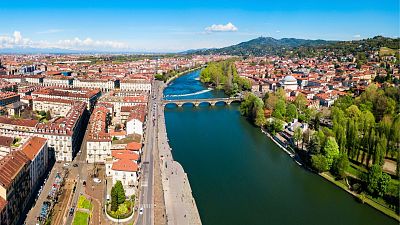 After Italy’s win last year, the Eurovision Song Content 2022 is taking place in Turin this month.

The first semi-final was on Tuesday 10 May, the second semi-final is on Thursday 12 May and the all important grand final is on Saturday 14 May.

If you were lucky enough to secure tickets, or simply want to head to the city to soak up the atmosphere, here are some suggestions for what to do in and around Turin.

Surrounded by the Alps, it has a slight French feeling to the city, and was historically home to the royal Italian residence. Turin is famous for its cars (it is home to Fiat), coffee (Lavazza), and Nutella which is produced nearby.

Due to its’ geography, Turin can get very warm, even in spring. The surrounding mountains act like shield against the wind, and it means summer the city can feel like being in a large flying pan. So make sure to bring light comfortable clothes, and to stop at the ‘Toret’ - the free public water fountains scattered around the city.

The water comes directly from the Alps, and the fountains are in the shape of a bulls head - the animal Turin is named after.

What is there to do in Turin?

This monument is almost the logo of Turin, and can be seen punctuating the skyline from afar. There is a panoramic lift which takes you up to a terrace area, or if you are feeling brave you can climb the stairs to the top too.

This is a large park in the centre of the city, which is home to the University’s rather beautiful Architecture department.

There is also a mini medieval city (‘Borgo’) hidden in the park too. It’s a great place to bring a picnic and relax, or to cycle or skate through.

After a slightly steep climb, it is well worth the walk up to what is quite possibly the best view of the city. You can really see how Turin is surrounded by Alps that stretch for miles, and is a great photo opportunity.

Behind the viewpoint is a late Renaissance-style church, built for the Capuchin Order - also well worth a look.

Go for a riverside bike ride

There is a lovely cycle route along the river Po. If you start at the church Chiesa della Gran Madre di Dio, and continue East towards Isolone di Bertolla, you will eventually arrive at Parco del Meisin where there is a small secluded beach.

There are plenty of bike rental shops across the city, as well as the ‘ToBike’ bike sharing service app, which offers daily or weekend passes.

There are plenty of bike rental shops across the city, as well as the ‘ToBike’ bike sharing service app, which offers daily or weekend passes.

Check out the many museums

In the unlikely event that the weather is not on your side, good alternative inside options are: the Cinema Museum (housed in the Mole), the Car Museum (great for Fiat fanatics), the Lavazza coffee museum, and the Egyptian Museum.

The Egyptian Museum is actually considered the world’s most important collection of Egyptian artefacts outside of Egypt.

Where to eat in Turin?

You should try the local specialty of Gianduiotti, a hazelnutty chocolate specific to the area, and of course Nutella which is made near Turin too.

FLa farinata is a type of pizza made with chickpea flour, which you will rarely find outside of Turin.

Other local specialties include Vitello tonnato and Fritto Misto.

This is a cosy traditional spot for lunch or dinner, and they serve almost exclusively local dishes.

It sits in a square - Largo IV Marzo - which is full of other great restaurant options too, and is a fantastic place to have an ‘aperitivo’ before dinner.

Burgers as you have never seen them before. This vegan place does burgers that look more like pop art: in neon pinks and instagrammable purples.

This is still relatively unknown and hidden away up beautiful marble steps. Rooms that used to belong to the royal family now function as wood panelled academic reading spaces and a tea room.

With a peaceful library feel, this is a perfect place to enjoy tea and cake accompanied by chandeliers and priceless artworks.

This is a great spot for ice cream - it’s worth trying the Gianduiotto flavour if you can.

Where to grab a drink in Turin

Piemonte - the area that includes and surrounds Turin - is a famous wine region, so be sure to try some local varieties such as Barolo or Barbaresco while you’re there.

You might be offered a local digestif from the area after your dinner, often made with alpine plants, for example genepì or San Simone.

If you’re not drinking, Molecola is a locally made Coca- Cola variation (its’ name is a reference to Turin’s famous Mole landmark).

Bicerin is another favourite; it’s made of espresso, drinking chocolate, and milk, usually served with whipped cream on top - although this one might be better suited to winter weather.

On Piazzale Valdo, Open Baladin is a great place for artisan beers from Turin, and relaxing with locals. It feels more like a mini festival than it does a pub.

Try the San Salvario area if you want a bit more of an edgy nightlife experience, and Club Centralino is a great LGBTQ+ spot.

How to get to Turin by train

From Rome, you can get to Turin by train with Trenitalia or Italo in around 5 hours.

There are also direct train routes from other big Italian cities such as Bologna, Florence and Milan.

From France, there are buses direct from Lyon, and a high speed rail link under construction - although it is unclear when this will be complete.

There are also high-speed TGV services from Paris which will get you to Turin in around 5 hours.