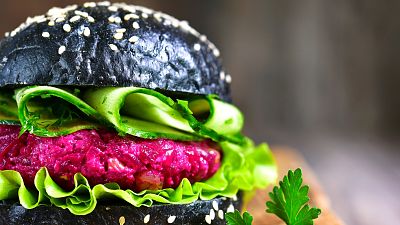 Locating upscale, plant-based restaurants can be a challenge if you're really into your gastronomy.

From a French Beef bourguignon to a German Bratwurst, it's no secret that traditional gourmet food tends to be rich and meat-heavy.

Luckily, Europe is becoming more and more vegan friendly as the years go by. Here's our curated selection of the best vegetarian and vegan eateries on the continent.

Joia was the first vegetarian restaurant in Europe to receive a Michelin star. Pioneering chef Pietro Leemann’s philosophy of ‘natural cuisine’ came from travelling extensively throughout Europe and Asia and is based on organic produce and no meat.

A proud recipient of three Gault-Millau toques and a Michelin star, Tian is Austria’s hottest veggie restaurant. Taking an experimental approach to cuisine, the Tian chefs draw on a multitude of rare and forgotten vegetables, fruit and assorted grains to create new and innovative dishes.

The restaurant experience is described as a “culinary pleasure journey in 8 courses,” of which all ingredients are seasonal and sustainably produced. Head chef Paul Ivić believes vegetarian cuisine is an integral part of modern lifestyle.

Three Michelin star eatery L'Arpège is famed in Paris for its extensive tasting menus. Chef Alain Passard used to serve red meat and poultry but made the decision to go fully vegetarian in 2001, making headlines at the time. Now, he delights in creating indulgent dishes from seasonal vegetables and vegan ingredients.

Passard has been called “the vegetable whisperer,” having bought his own plots in France for regular harvest. A true gourmet chef, he never refrigerates his produce, believing it diminishes the flavour.

Take your pick from the exquisite Vegetable Tasting Menu, the Earth & Sea Tasting Menu or The Gardener’s lunch.

Doug McMaster is the genius chef and innovator behind the world’s first zero waste restaurant, Silo. The team operate “always with the bin in mind”, without wasting food scraps or trimmings in the making of their daily menu. Food is unprocessed, seasonal and used in its whole form to preserve nutrients. They have their very own flour mill, make their own oat milk and even churn their own butter.

The restaurant is open for both brunch and dinner, with daily tasting menus of six courses on offer. Our favourites include the king oyster mushrooms and Jerusalem arthichokes, and for dessert, pumpkin ice cream and quince butter and rhubarb.

Seaside based vegan and vegetarian restaurant Terre à terre pushes the boundaries of traditional cuisine. Classically trained chefs Amanda Powley and Philip Taylor have been going since 1993 and believe the most interesting recipes arise from meat-free cooking.

There’s a set menu to choose from along with tapas-style sharing plates if you can’t decide on one dish. It also serves delicious, organic wine including a Sussex selection from local vineyards just up the road.

The restaurant is proud to boast that a high percentage of customers are actually non-vegetarians, who return time and time again due to the truly gourmet experience.

Terre à terre is committed to being environmentally sustainable as a business, sourcing and sharing information about ingredients and their provenance regularly.

Founded in 1898, Haus Hiltl is certified in the Guinness World Records for being the world’s oldest vegetarian restaurant. Today, it is run by the fourth generation of the family and includes many vegan options too.

Given Swiss food is often associated with meats and potatoes, Haus Hiltl is one of a kind. The interior is comfy and airy, serving veggie salads, soups & Mediterranean food buffet-style. All their wines are vegan too.

At the moment, highlights of their seasonal menu include curry banana soup, vegetable jambalaya and gnocchi with beetroots.

Lucky Leek has been open since 2011 in Berlin and doesn’t just have vegan options, it is 100% vegan fine-dining. Owner Josita Hartanto has created vegan versions of popular animal-product foods such as beef and 'cheeze', which taste just as good if not better than the real thing.

Choose from either three or five courses and make sure you go for the beetroot steak with pumpkin gratin, pear and potato mash.

Europe's week: Out with the old, in with the new