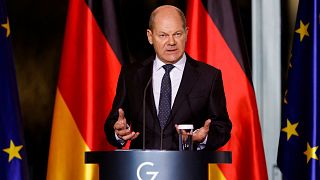 The Group of Seven (G7) economic powers have established an international Climate Club.

Its goal is to advance the Paris Agreement, COP27 and COP15 climate targets. It will do this by forging international partnerships, strengthening emissions measurement and reporting mechanisms, countering carbon leakage, transforming industries to accelerate decarbonisation, and expanding markets for green industrial products.

"We commit to urgent, ambitious, and inclusive climate action in this decade to limit global warming to 1.5°C above pre industrial levels. We reaffirm our commitment to reach net-zero emissions no later than 2050," reads a statement released on Monday.

The G7 is asking the Organisation for Economic Cooperation and Development (OECD), in tandem with the International Energy Agency (IEA), to host an interim secretariat for the Climate Club, Germany added.

"With the Climate Club and the socially just transition of our industries towards climate neutrality, we are making an important contribution to achieving global climate targets," German Chancellor Olaf Scholz stated.

German Economy Minister and Vice Chancellor Robert Habeck added the G7 wants to bring climate-friendly commodities, such as green steel, onto the market more quickly and to improve the opportunities for them worldwide.

"In this context, the Club is intended to advance international partnerships and cooperation agreements with a view to supporting countries in their transformation," Habeck said.

The G7 is an intergovernmental political forum made up of the world’s largest ‘advanced’ economies: Canada, France, Germany, Italy, Japan, the UK and the USA. Since its inception in 1975, the forum has met once a year to discuss important issues. A representative of the EU is also always present at talks.

Russia was formerly a member (when the group was called the G8) but was removed after the annexation of Crimea. China is not included as, despite its large economy, it does not have a high enough wealth per capita ratio.

While unable to make laws, G7 agreements can be very influential. For example, in 2002 it set up the Global Fund for AIDS and Malaria.