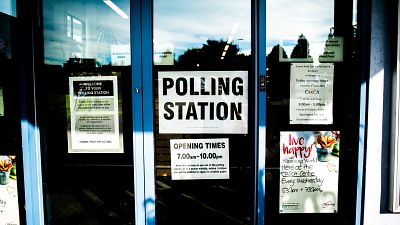 In May this year, nearly 60 local council leaders pledged to reach net-zero five years earlier than the UK government. And 90 per cent of councils in the UK have already declared a climate emergency.

It’s the local or devolved aspect that will guarantee “real tangible changes in the transition to net-zero”, says the organisation.

“Councils understand the urgent need to tackle climate change and have been making active changes in their communities to benefit the environment,” says Cllr David Renard, Environment spokesperson for the LGA.

Following the G7 summit, the group wants to draw attention to the work already being done by local governments to tackle the climate crisis. Eastleigh Borough Council in the South East of the country, for example, has already cut its operational CO2 emissions by 35 per cent.

It is also on track to become carbon neutral by 2025, 25 years earlier than the target set for the entire country.

Middlesbrough Council in North Yorkshire has made a similar pledge, aiming for carbon neutrality in the next eight years. It has gained ‘World Tree City’ status, planted 15,000 new trees and sown 30,000 square metres of urban flower meadows.

“Councils are intrinsic to transitioning our places and empowering our communities and businesses to a net zero future. They are well-placed to translate national climate ambitions into transformative action on the ground,” explains Renard.

“By working in partnership with government, councils can continue to shape their local areas to help achieve net zero carbon emissions by 2050 or sooner.”

Last year the LGA carried out a survey of nearly 100 local councils across the UK. More than 8 in 10 of those surveyed had been affected by a climate related incident in the last five years. Local knowledge is key to finding out the most pressing environmental issues for communities.

Ahead of the G7 summit, a series of activities, installations and workshops took place in Carbis Bay asking local people to respond to the question: “What world are you dreaming of?”.

Three organisations, Letters to the Earth, Still/Moving and Glimpse, came together for the first time for the project in Carbis Bay. A series of creative interventions taking place across the UK before COP26 in November will collect messages, ideas and hopes for the future from local people around the country.

“These interventions are just a glimpse of what is possible when people come together and ask how to ‘build back better’ and create a fairer and healthier world,” says Kay Michael, co-founder of Letters to Earth.

“We need to hear from local people and make sure their voices are a part of the conversation.”

They took inspiration from letters and conversations on the street to find out what communities around Carbis Bay felt needed to be said and distilled them into light sculptures. One of these sets of illuminated letters was then installed directly in front of the hotel hosting the summit.

“These words and the people who made them offer a portrait of this small community during this extraordinary global event. They want to be heard,” says Laura Hopes, co-director of Still/Moving.