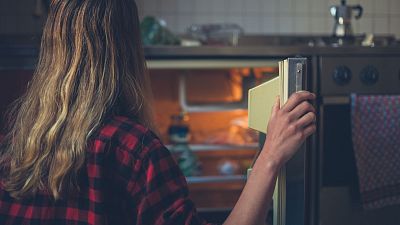 Hydrofluorocarbons (HFCs) are under attack in America for their damaging effect on global warming.

The gases, which are used in most refrigerators and air conditioning systems, are hundreds of times more damaging than carbon dioxide to the atmosphere.

The Environment Protection Agency (EPA) is now clamping down on their use, with a view to reducing production and import by 85 per cent over the next 15 years. This comes on the back of the Kigali Agreement of 2016, an international accord to gradually reduce HFCs.

“The Biden Administration’s action today is a critical step in our ongoing efforts to combat the catastrophic climate crisis by phasing down hydrofluorocarbons, an extremely potent greenhouse gas,” says the House Energy and Commerce Committee Chairman, Frank Pallone Jr.

What are HFCs and why are they used?

HFCs began commercial use in the 1990s as an alternative to CFCS (Chlorofluorocarbons). CFCs were banned in 1987 as part of the worldwide Montreal Protocol, due to their ozone depleting effects. HFCs were designed to save the ozone, but their increased use, particularly in developing countries, means that they are a potentially huge cause of greenhouse gas emissions if usage is not curbed.

80% of HFCs are emitted in the refrigeration, air conditioning and motor vehicle AC sectors.

According to the EPA, around 80 per cent of HFCs are emitted in the refrigeration, air conditioning and motor vehicle AC sectors, with emissions occurring in the manufacturing process and due to leakage.

The high environmental cost of HFCs

Relatively unknown when compared to carbon dioxide and methane emissions, HFCs are just as harmful. Phasing them out could actually reduce global warming by 0.5 degrees by 2100. The EPA says that total emission reductions between 2022 and 2050 as a result of the rule will be the equivalent of 4.6 billion metric tons of CO2 - that’s three years of US power sector emissions at 2019 levels.

Safe disposal of existing HFCs is another key step in reducing their impact on global warming. Many leakages happen when fridges and air conditioning units are disposed of improperly, leading the potent greenhouse gases to enter the atmosphere.

Companies like Tradewater, hunt down, collect and destroy CFCs and HFCs that are either in storage or in old refrigeration and AC units around the world. To date, they have destroyed nearly 500 tonnes of CFCs, preventing them from causing further damage to the ozone layer.

A number of new coolants with lower global warming potential are now available or in production according to the EPA. These include hydrocarbons, ammonia, water and carbon dioxide.

While some of these gases, such as carbon dioxide, may still sound damaging, modern AC units use less coolants than their predecessors.

This new technology is vital with many more countries becoming reliant on air conditioning as the climate crisis leads to more severe hot weather.