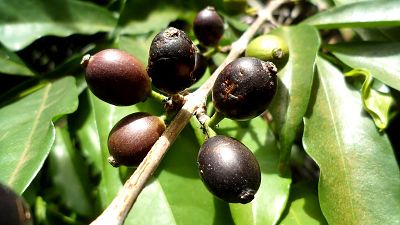 Coffea Stenophylla has not been seen in the wild since 1954 and had not been widely farmed in almost a century, however a team of intrepid researchers found a specimen in a forest in West Africa in 2018.

The research appears in a new paper published today by scientists from the Royal Botanic Gardens, Kew, the University of Greenwich, CIRAD (the French Agricultural Research Centre for International Development) and Sierra Leone.

Most of the world’s high-end coffee lovers enjoy drinking Arabica which is under threat from rising global temperatures, but Stenophylla can thrive in temperatures 6C above that of the beloved artisan bean.

Coffee farming is under threat as global temperatures rise and extreme weather events affect areas where it is grown. However, experts believe that the newly rediscovered Stenophylla could be a game changer in terms of breeding resilient crops and providing a “superior flavour”.

Stenophylla thrives in hot-tropical areas at only 400m above sea level and is native to Guinea, Sierra Leone and Ivory Coast. The hardy crop is thought to be drought-resistant.

“To find a coffee species that flourishes at higher temperatures and has an excellent flavour is a once in a lifetime scientific discovery – this species could be essential for the future of high-quality coffee.”

The long lost plant was found after an expedition to Sierra Leone by Dr Davis and a colleague, Dr. Jeremy Haggar, Professor of Agroecology at the University of Greenwich. Aided by NGO Welthungerhilfe and the Sierra Leone Forestry Department the pair worked with development specialist Daniel Sarmu, to try and locate the species in the wild.

125 million people depend on coffee for their livelihoods worldwide and 80 per cent of the coffee sold is grown on farms smaller than two hectares across Africa. In other parts of the world the future of coffee farming is seriously under threat.

With the crop threatened by climate change this discovery will be a relief for many coffee farmers in more way than one.

“On average, smallholder farmers in Sierra Leone earn less than £100 per year from coffee production so the rediscovery of this native coffee species might finally offer an opportunity for some of the world’s poorest farmers to grow a crop that commands a decent price,” explains Dr Haggar.

Stenophylla was placed before an expert tasting panel at Union Hand-Roasted Coffee in London in 2020 and scored 80.25, just over the score needed for “speciality” status.

It has been separately reviewed by coffee experts from companies including JDE, Nespresso and Belco.

The new bean on the block has been noted for its natural sweetness and good body, with tasting notes including peach, caramel and nuts.