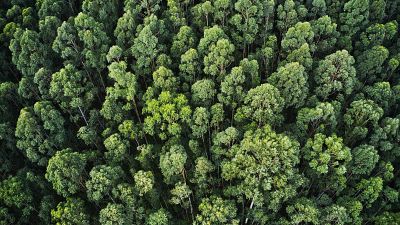 In a historic move for the east African nation, Ethiopia has this week announced a tree-planting initiative, via UN Environment, to outdo virtually any other country in the world. Based initially at the Gulele Botanical Garden in the capital of Addis Ababa, volunteers began planting 350 million trees spanning right across the country. In just 12 hours, the world record was broken, in an admirable attempt to combat the effects of deforestation and climate change. By fulfilling the tree-planting record, the country is surpassing its Green Legacy goal, conceived by Ethiopian Prime Minister Abiy Ahmed, of planting 200 million trees in a day at over 1,000 sites.

The last country to attempt such a feat was India, who have been reigning champions since 2016 when they planted 49.3 million trees in just one day, involving 800,000 volunteers. Equally, back in 2018, China announced plans to plant forests covering an area roughly the size of Ireland and the UK, one of the least forested countries in Europe (13% according to Forest Research), spent £5.7 million to develop a new northern forest in 2018. Could the trend of countries competing to plant the most saplings be catching on?

The United Nations Environment, along with other international organisations, all backed the initiative, believing firmly in the power of tree restoration in helping to absorb carbon dioxide, a major propeller of global heating.

What is Afforestation and why does it help the planet?

Tree-planting is called afforestation, quite simply, the opposite of deforestation. Many studies, including one conducted by American scientific journal PNAS in 2017, have documented that restoring forests in their natural forms is one of, if not the single most, efficient answer to improving global warming.

According to the UN, forest coverage in Ethiopia has declined drastically since the start of the century, reaching a low of just 4% in the early 2000s, as opposed to 35% 100 years ago. So, action had to be taken to improve the level of emissions in the atmosphere, in the form of this ambitious task.

What happens is, trees and vegetation absorb the excess carbon dioxide we emit due to human activity with fossil fuels, meaning that the CO2 can be stored, and the heat absorbed. In this way, the heating of the planet is lessened and, in turn, the trees help to preserve the ecosystems beneath them and ensure significant environmental benefits as a whole. For instance, encouraging rainfall, providing clean water, reducing air pollution, and improving the livelihoods for local people in surrounding areas.

“Afforestation is the most effective climate change solution to date and with the new record set by Ethiopia, other African nations should move with speed and challenge the status quo.”

Ultimately, the goal is for 4 billion indigenous trees to be planted across the drought-prone nation, reports the BBC, which will make an enormous difference to the stability of the climate.