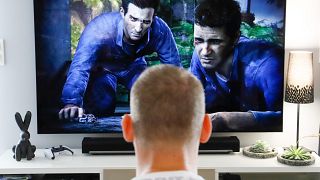 Home entertainment sales in the UK have hit an all time high despite the country’s economic woes.

According to the Digital Entertainment and Retail Association's annual report, overall sales across digital media, which includes music, games and streaming services, were up by 6.9 per cent in 2022 compared to 2021, that represents around €12.4 billion.

Physical media sales, however, have dropped in every category.

Total music purchases rose by five per cent but sales of physical and downloads decreased by 3.8 and 17.5 per cent respectively with streaming up five per cent.

Gaming increased by 2.3 per cent with physical sales down 6 per cent while online trading soared by 8.4 per cent.

Compared to pre-pandemic consumption the public's hunger for home entertainment has vastly increased. Looking at figures from 2019 game and music sales are both up nearly a quarter at 23.9 per cent with video sales increasing by a massive 69.8 per cent.

This follows a trend for home-based media that began during COVID-19 lockdowns.

“Growth of nearly 40 per cent since 2019 is extraordinary,” says ERA Chairman Ben Drury.

“Few would have believed we would retain the huge bounce in revenues seen when the Covid lockdown kept people at home, but these numbers show that even amid recession, people are determined to maintain their spending on entertainment.”

What’s happening in the rest of Europe?

Home entertainment in Europe overall has indeed surged in recent years as streaming services such as Apple TV, Disney+, and HBO Max have been rolled out across the continent.

One region in which video streaming is taking off fast is Eastern Europe where streaming video on demand (SVOD) users are expected to almost double from 23 million to 43 million by 2027 according to Digital TV Research.

64 per cent of this increase will be across Poland and Russia, although the latter is largely self-reliant for content with burgeoning services like Netflix and Disney+ withdrawing after Moscow’s invasion of Ukraine.

Europe as a whole saw an overall increase in SVOD of nine per cent in the third quarter of 2022, according to the ‘State of Streaming’ report by Conviva, which partially pinned the increase on an uptake in Smart TV purchases.

Meanwhile, in the world of music streaming Spotify is still king, pulling ahead of similar services provided by Apple, Amazon, and Tencent.

Spotify enjoys 456 million global users of which 33 per cent are in Europe. Meanwhile 39 per cent of the streamer’s 195 million premium users are based on the continent.