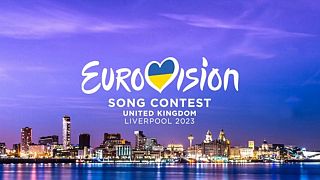 Two competing nations have dropped out of next year's Eurovision Song Contest in Liverpool   -  Copyright  Eurovision
By Tim Gallagher  •  Updated: 20/10/2022

Three competing nations have pulled out of the Eurovision Song Contest 2023.

North Macedonia, Montenegro and now Bulgaria have both announced they won’t be attending the contest in the northern city of Liverpool due to the increase in costs to register for the event.

Every year each state broadcaster pays a registration fee which goes towards the contest, but the amount varies depending on the nation.

The fee has been affected by Russia's ban from the contest due to its invasion of Ukraine: the sizeable contribution the country made has created a hole in the budget, leading to increased fees for remaining participants.

The cost of living crisis caused by, among other things, a spike in energy prices due to the war in Ukraine was also cited, as well as the prohibitive cost of staying in the UK.

“Such a decision is in the best interest of the citizens, taking into account the increased costs due to the energy crisis…as well as the increased registration fee for the participation,” said Macedonian Radio Television (MRT) in a statement.

“This decision will enable the saving of funds that should be set aside for the Macedonian delegation's stay in Liverpool.”

Competing nations pay a rumoured combined figure of roughly €5 million. The total cost to British broadcaster BBC for staging the event could run to €18 million.

"In addition to the significant costs of registration fees, as well as the cost of staying in Great Britain - we also faced a lack of interest from sponsors, so we decided to direct existing resources to the financing of current and planned national projects," Montenegro's public service broadcaster RTCG said.

Why is Eurovision 2023 in the UK when Ukraine won?

Ukraine won Eurovision 2022 after they swept to the top of the leaderboard with a massive share of the public vote. The winners, Kalush Orchestra, have since toured the world and even played at Glastonbury.

However, due to safety concerns over the ongoing conflict in Ukraine, it was decided that the winners could not host the event and the runner-up would stage Eurovision 2023.

On announcing the news, it was made clear that the event would centre around Ukraine even though the country couldn’t host.

“It is our full intention that Ukraine’s win will be reflected in next year’s shows. This will be a priority for us in our discussions with the eventual hosts,” said the European Broadcasting Union (EBU).

Liverpool was eventually chosen to host the contest after a run-off between UK regional cities including Manchester, Glasgow, and Leeds.