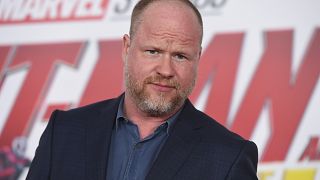 Director and showrunner Joss Whedon has reportedly denied multiple allegations of misconduct, including accusations by “Wonder Woman” actor Gal Gadot that he threatened to make her career “miserable”.

The creator of "Buffy the Vampire Slayer," who has built up a cult following over the years, responded to the allegations in an interview with New York magazine Monday.

Whedon, known for his writing and directing on the first two Marvel "Avengers" movies, was brought in during post-production on "Justice League," in which Gadot starred.

He oversaw extensive reshoots, editing and visual effects on the film for director Zack Snyder, who had stepped aside after the death of his daughter.

In July 2020, another “Justice League” actor Ray Fisher said Whedon's behaviour was "abusive" on the set of the 2017 film.

"Joss Whedon's on-set treatment of the cast and crew of Justice League was gross, abusive, unprofessional, and completely unacceptable," Fisher, who played the young superhero Cyborg in the DC Comics film, tweeted.

Whedon denied threatening Gadot, telling New York magazine, "I don't threaten people. Who does that? English is not her first language, and I tend to be annoyingly flowery in my speech."

The 57-year-old described himself as "one of the nicer showrunners that's ever been."

What are the longstanding accusations against Whedon?

Whedon has been plagued by accusations of misconduct on the set of “Buffy the Vampire Slayer,” a show which, on its release was praised for turning tropes upsidedown and sending a feminist message.

In 2000 Whedon told the LA Times he created the show because he “wanted to see women taking control,” however 17 years later in an open letter his ex-wife accused the director and writer of being a “hyppocrite preaching feminist ideals.”

During their marriage Whedon cheated on his then wife, Kai Cole, on numerous occasions including with colleagues on the set of Buffy.

Whedon has been accused of humiliating a writer for the hit-show and allegations of misconduct were made by Buffy actress Charisma Carpenter who played the character Cordelia.

A post shared by Buffy the Vampire Slayer (@buffythevampireslayer)

On this and his later shows, “Angel” and “Firefly,” it was said that a “cult of personality” grew up around Whedon, as well as a “culture of silence” around his negative behaviour to colleagues.

One cast member of “Buffy”, Michelle Trachtenberg, described that there was a rule forbidding Whedon from being alone in the same room as her.

A costume designer also alleges that Whedon dug his nails into her arm during a disagreement over what Sarah Michelle Gellar, who played the eponymous heroine, should wear.

Whedon denies the allegations made by Trachtenberg and the costume designer, and disputes Carpenter’s version of events as well.

In the New York magazine interview the director said, “I was young.

“I yelled, and sometimes you had to yell. This was a very young cast, and it was easy for everything to turn into a cocktail party.”

He denied intentionally humiliating anyone saying, “I know I would get angry, but I was never physical with people.”

The interview also covered a lonely childhood and tragic events involving the drowning of a five-year-old friend. Whedon says he suffers from complex post-traumatic stress disorder as an adult.

In her open letter Cole said after she found out about Whedon’s infidelity she too developed the condition.

“I want the people who worship him to know he is human,” she wrote.