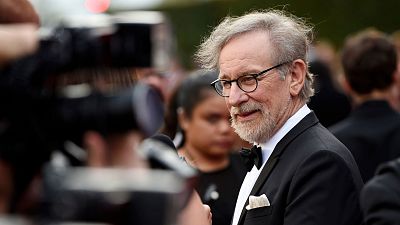 A filmmaker who set the bar for enduring family favorites and landmark Oscar-winning dramas is celebrating a major birthday.

His robust assortment of captivating material spanning dinosaurs, aliens, and pure dystopia has amassed $10.1 billion (€9 billion), making him the most successful director in the world.

Though the timeless 'King of Entertainment' shows no signs of stopping yet, we thought we'd take a look at some of his milestone moments.

Where did it all begin?

With a career spanning 58 years, the Ohioan first burst onto the scene with amateur project 'Firelight' at the age of 17.

However, this isn't regarded as his directorial debut.

Four years later he'd release 'Amblin'. This 1968 short film about hippie culture in the deserts of the US was so significant to the creator that he later adopted it as the name of the production company he uses to this day.

It would take almost a decade for film buffs to really perk up and pay attention when Spielberg thrust an animatronic shark onto cinema screens with glee in 'Jaws'.

An endless list of blockbusters followed: 'Back To The Future,' 'E.T. the Extra-Terrestrial,' 'Raiders of the Lost Ark' and 'Jurassic Park,' along with 'Close Encounters of the Third Kind' and 'Minority Report.'

Of all these projects, what does Spielberg consider his best?

People couldn't get enough of the dinosaur universe Spielberg created for them, and it remains one of the most-watched films in cinemas to ever exist.

The US Library of Congress declared the work a piece of 'cultural significance' in 2018.

With a fifth film on the way in 2023, the fandom devotion and iconic status of the 'Indiana Jones' franchise is surpassed only by the likes of say, the Marvel Cinematic Universe.

But these works aren't what Spielberg views as his best.

At a 2018 screening marking the 25th anniversary of 'Schindler's List,' Spielberg said no work had affected him like the harrowing Holocaust drama.

It did, after all, bag him two of his 18 Academy Award nominations – winning both.

"There was trauma everywhere. And we captured the trauma. You can't fake that," he said at the time.

"There were whole sections that go beyond anything I've ever experienced or seen people in front of the camera experience."

After the film, for which he did not accept a paycheck and whose proceeds he donated to charity, Spielberg founded the USC Shoah Foundation with a $10 million (€8.8 million) grant to film interviews with survivors and witnesses of the Holocaust.

The project has conducted some 55,000 interviews in 32 languages with survivors from 56 countries. It also is working to preserve the memory of 20th-century mass killings in Cambodia, Armenia and Rwanda.

Spielberg's other charitable works include donating $30 million (€27 million) to the Motion Picture and Television Fund to provide health care to older people who worked in the film and TV industries.

These endeavours alone have given away over just shy of €100 million in grants to Jewish causes.

His accomplishments and charitable works have resulted in numerous recognitions, including: the Presidential Medal of Freedom, France's Legion d'Honneur, Germany's Federal Cross of Merit, an honorary knighthood from Queen Elizabeth II and Israel's presidential medal of distinction.

In February, he was also awarded Israel's prestigious 2021 Genesis Prize in recognition of his contribution to cinema, his philanthropic works and his efforts to preserve the memory of the Holocaust.

What next for Spielberg 75 years down the line?

Spielberg's most recent release, 'West Side Story' was released worldwide on December 10.

Despite rave critical reviews, the film is yet to make a box office splash due to the rising threat of the Omicron COVID variant and a series of last-minute blacklists in key Middle Eastern markets over the film's inclusion of a transgender character.

To bridge the gap between this and the upcoming 'Indiana Jones' installment, he's writing, directing, and producing a semi-autobiographical coming-of-age drama film, 'The Fabelmans'.

Seth Rogen and Michelle Williams have signed up to front the feature that'll invite moviegoers into the director's childhood, slated for release at the end of next year.

Bruce Springsteen cashes in on music catalogue in $500 million deal