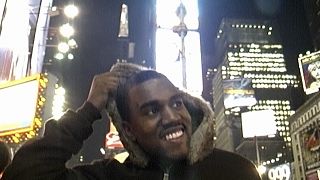 The lineup of next year's Sundance Film Festival has been unveiled for an event which will see film fans and critics return to the Utah mountains after last year's virtual showcase.

82 feature-length films were given the green light from over 3,700 submissions.

Screenings will include documentaries on the famous (and infamous) including Princess Diana, Bill Cosby, and Lucille Ball.

Other key entries include the directorial debuts of the 'Social Network' actor Jesse Eisenberg and 'Desperate Housewives' star Eva Longoria, as well as a return for 'Girls' creator, Lena Dunham.

Famous faces will be on-screen as well as behind the camera with Julianne Moore starring in 'When You Finish Saving the World,' and John Boyega taking a turn as a veteran on the edge of homelessness in '892'.

`Meanwhile, former Doctor Who companion Karen Gillan will play a woman attempting to clone herself after a terminal diagnosis in Dual'.

After going largely virtual in 2021, organisers are planning to return to an in-person festival in Park City, Utah, with some satellite screenings at regional theatres across the US. Virtual viewing options will also be available.

As well as this hybrid model, extra-pandemic precautions are being taken. All attendees, from filmmakers to ticket buyers and volunteers, would be required to be vaccinated.

"We're excited to return to our home in Utah, but also to come together in new ways," says Festival Director, Tabitha Jackson.

"Building on our experience last year, we've discovered new possibilities of convergence, and we embrace the fact that we are now an expanded community in which active participation matters, and audience presence — however it manifests — is essential to our mission."

A big year for buzzy biopics and challenging documentaries

In addition to biopics like 'We Need to Talk About Cosby', 'The Princess', and 'Lucy and Desi', Sundance also boasts documentaries which tackle timely and difficult topics.

Director Ramin Bahrani will debut his film '2nd Chance,' about the bankrupt pizzeria owner who invented the modern bulletproof vest, and Rory Kennedy will show his film 'Downfall: The Case Against Boeing,' which looks at the two Boeing 737 MAX crashes and their tumultuous aftermath.

America’s racist history will be examined through 'Descendant,' a look at the last ship carrying enslaved Africans to the U.S.

Elsewhere, maternal health will be explored in the US through 'Aftershock,' and Myanmar in 'Midwives'.

A poignant entry, as the US supreme Court considers overturning landmark abortion ruling Roe vs Wade.

'TikTok, Boom' will peep behind the curtain of Chinese social media phenomenon TikTok.

"This year's program reflects the unsettling and uncertain times we've been living in for the past year and a half," said Kim Yutani, Sundance's director of programming.

Sundance will begin at the Sundance Resort, Utah, on January 20th, 2022.