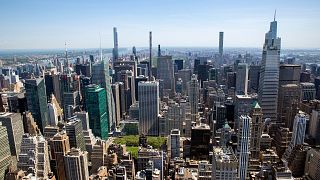 A former London and Miami art dealer pleaded guilty on Thursday 19 November to defrauding art buyers of over €76 million.

Prosecutors said he carried out the scheme by misrepresenting the ownership of certain artworks and by sometimes selling more than 100 per cent ownership to multiple individuals and entities without their knowledge.

Other accusations include misrepresenting the price of several artworks, using false names and signatures and lying about the availability of the pieces he was dealing.

34-year-old Inigo Philbrick, a US citizen who has also lived in London, entered the plea in Manhattan federal court and could face up to 20 years in prison.

When asked why he willingly mislead a number of art collectors, he replied: "Money."

Once regarded as the art market's very own boy wonder, Philbrick developed prestigious links with a number of clients through his parent's senior positions in the industry and an education at London's Goldsmiths University.

He pleaded guilty to a single count of wire fraud after prosecutors said he conducted a scheme from 2016 through 2019 to defraud individuals and entities to finance his art business.

This was made possible by wealthy individuals and groups in the secondary art market who often purchase pieces they never actually see while they wait for them to increase in value.

"Inigo Philbrick was a serial swindler who took advantage of the lack of transparency in the art market to defraud art collectors, investors, and lenders of more than $86 million (€76 million) to finance his art business and his lifestyle," said US Attorney Damian Williams.

The plot unravelled as jilted art buyers filed civil lawsuits, a lender notified him that he was in default of a €12.3 million loan and he stopped responding to legal process.

In 2019, his art galleries in Miami and London closed and Philbrick fled the US before being arrested in June 2020 in Vanuatu, where he'd been living since October 2019, prosecutors said.