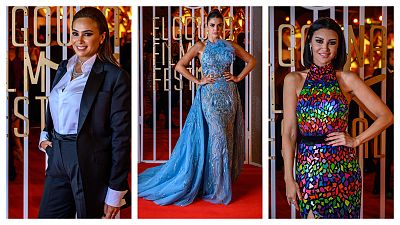 As the El Gouna Film Festival drew to a close on Friday (September 27), stars from Arab and international cinema gathered for this year’s award ceremony which saw Sudanese film “You Will Die At 20”, directed by Amjad Abu Alala, receive the El Gouna Golden Star for Narrative Film.

Tunisian actress Hend Sabri took home the prize of Best Actress for her role in Noura’s Dream and Bartosz Bielenia from Poland was named Best Actor for playing lead in Corpus Christi.

As celebrities made their way through the red carpet, we selected ten statement looks(scroll below for full gallery).