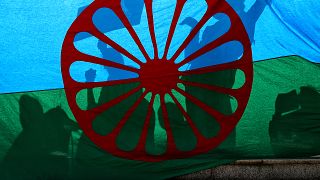 Romanian president Klaus Iohannis has approved a law that could penalise anti-Roma behaviour with up to 10 years in prison.

The legislation is intended to curb hate crimes against the Roma community - the largest ethnic minority in the country.

Offenders will soon be imprisoned for "verbal or physical manifestations, motivated by hatred against Roma, directed against Roma or their properties". This includes hate crimes against places of worship, traditions, and the Roma language, according to the text of the law.

Last month, 244 lawmakers in Romania approved the law to send it to the country's president for promulgation.

Racist slurs and hate speech against this ethnic group remain common on social media and private social situations in the country.

"This legislation comes primarily to help and to educate ... because we have forgotten in the last year during the COVID-19 pandemic that there are still other problems in the country such as discrimination," said Magdin.

"Romania does not want to be singled out as a country which has extensive problems with Roma, this is an issue of human need and human dignity."

Watch the full interview above on Good Morning Europe.