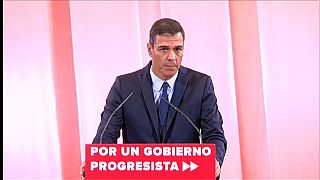 Podemos insist on formal coalition as price for saving Sánchez

On Tuesday, Sánchez unveiled a new programme of policies to encourage the far-left party into backing him as Prime Minister.

But Podemos has insisted that a coalition agreement is the only way to avoid another General Election.

The 300 new policies had the aim of forging some common ground with Podemos. The new initiatives include some of Podemos’ social and environmental proposals.

Sánchez insisted that a coalition with Podemos was not workable:

"We informed Podemos about our refusal to form a coalition Government mainly because, even though we have issues in common, in social policies, there are also big differences in important national issues that will be very prominent in the upcoming months".

To break the political impasse experienced since the last elections on April 28, Sánchez needs the votes of Podemos, as well as other parties, including pro-independence Catalan parties to form a government.

In July, a proposed coalition fell apart after Podemos were not offered the ministerial positions they sought. Sánchez is now offering new positions to Podemos, although none of them are inside the Spanish Council of Ministers.

Sánchez wants to meet on Thursday with leaders of Unidas Podemos to continue negotiations. But Podemos leader Pablo Iglesias is continuing to insist that a full coalition government is the only guaranteed way to avoid new elections on November 10.