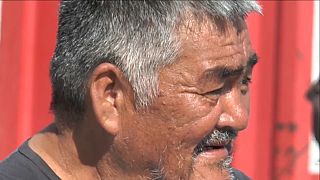 Ninety percent of people in Greenland believe climate change is happening - that's according to the first ever national survey of the effects of climate change on a population.

The report has been examining the impact on the daily lives of Greenlanders. It's concluded that more than three quarters of them have directly experienced the effects of increasing temperatures.

The report, entitled “Greenlandic Perspectives on Climate Change 2018-19” provides the first national snapshot of the country’s population and their views on - and experiences of - climate change, as well as what they consider to be policy priorities.

As countries attempt to limit future climate change to under 1.5 degrees Celsius above pre-industrial levels, temperature increases two to three times higher than the global average are being experienced in the Arctic, with even larger increases in the winter.

The research for the report was conducted from July 2018 until earlier this year. It involved an international team of Greenlandic, American, Swedish and Danish researchers from bodies including the University of Greenland, University of Copenhagen, Kraks Fond Institute for Urban Research and Greenland Perspective.

Kelton Minor from the Kraks Fond Institute for Urban Economic Research told Euronews the effects of the warming are very obvious in Greenland:

“We found that a quarter of the population have travelled on sea ice in the past year and 8 out of 10 people think that it’s more dangerous to travel on sea ice than in recent years.

“Greenland is changing and the people are having to adapt in real time.

“In the north of Greenland, people have experienced changes in the ice and permafrost, but we have also seen in the south of the country a change in weather patterns and the unpredictability of the weather which has practical implications for people’s daily lives.

“About half the population think it will harm them, far fewer than it will benefit them, at a ratio of 5-1.”