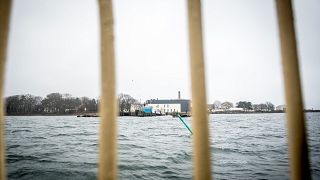 Denmark votes to go ahead with controversial prison island

Denmark’s parliament has passed a controversial new bill that could see foreign nationals who have criminal records banished to an uninhabited island.

It means that the seven-hectare island of Lindholm could house up to 125 migrants with a criminal history, who cannot be deported due to torture or execution risk in their respective home countries. Denmark has struggled for decades with the integration of non-Western immigrants into its welfare state. Public debate on the issue intensified in 2015 with the arrival of large groups of refugees from conflicts in the Middle East and elsewhere.

Surrounded by the Baltic Sea, the island was selected due to its isolation. Inger Støjberg, the Minister for Immigration, Integration and Housing said that “the ferry will sail as infrequently as possible,” with her lawyers currently examining how infrequent and expensive the ferry service can be without breaking international conventions.

The site is surrounded by bigger, populated islands of southern Denmark. Since 1926, the island had been a veterinary research station. Scientists working on Lindholm performed tests on sick animals to learn more about how to fight viral diseases. The island has been off-limits to the public.

Public debate in Denmark has been dogged by questions of how to integrate high numbers of immigrants into the country. Like many places in Europe, this quandary has intensified in recent years as the migration crisis of 2015 brought higher numbers of people looking for asylum onto European soil.

With its high living standards, Denmark provided more than many in terms of the welfare state.