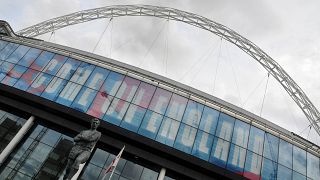 FA to vote on €670m deal to sell Wembley Stadium

The Football Association (FA) is set to vote today on the future of England’s national stadium.

Wembley Stadium is up for sale, and Pakistani-American businessman Shahid Khan, who owns Fulham FC and American NFL team the Jacksonville Jaguars, is seeking to buy it.

A deal has reportedly been struck for €670m - but only on the basis of Mr Khan making a number of concessions to the FA.

The most important of these is a buy-back clause, allowing the FA rights to buy the stadium back for a sixth of its sale price if it loses its status as a host venue for UEFA fixtures.

The FA would also have the power to veto over ‘unethical’ sponsorship, such as gambling, defence, payday loans or pornography.

If the deal went through, it would see hundreds of millions of pounds spent on grassroots football facilities across England.

However, some members of the board are thought to oppose the sale to Mr Khan, as they would rather see investment from within the UK.

There are also concerns over the stadium remaining available for football fixtures.

As it stands, the west London stadium would be used for NFL matches in the autumn, but always made available for major football internationals and the FA Cup Final.

The Department for Digital, Culture, Media and Sport and the Greater London Authority are both said to be in support of the deal in its current form.

If the 10-member board backs the deal, it will be put before the FA’s council at a meeting next month.