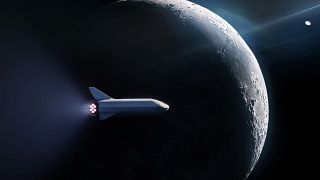 In a live event SpaceX CEO, Elon Musk revealed the identity of the first tourist who has signed up to go to the moon.

Yusaku Maezawa, the billionaire founder of Japanese fashion retailer Zozo will be the first private passenger to fly around the moon.

Maezawa said that he planned to invite six to eight artists to join him on the mission, which is planned for 2023.

Experts say that in a decade we will see these kind of trips happening more often.

“In a way it is a reality already, we have seen “normal” people going to the space station several times and coming back with amazing stories and promoting the idea of space exploration,” said Dr Francisco Diego, astronomer at University College London.

However, Diego says that such ventures need proper regulation in order to protect these places.

“If we were to contaminate Mars for example, it would be a completely wasted opportunity to find out more about the origin of the solar system, the origin of life, etc.”

"What we need to have of course is not to cancel these ventures, on the contrary, to encourage them, but to have proper regulation - as it happens for example in the Antarctica continent,"