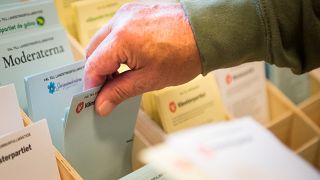 In Sweden, people are heading to vote this Sunday and polls are suggesting that the Sweden Democrats, a far-right party could deliver the political shake-up of the century.

The Sweden Democrats is a populist, anti-immigration party, led by Jimmie Akesson –they are currently polling at 16-18% and they could become Sweden's second-biggest party.

If the party wins some form of power, the country could see a shift in its relationship with Brussels.

The centre-left bloc holds a lead (around 26%) over the centre-right Alliance (around 17 %) ahead of the election this weekend.

Euronews correspondent Stefan De Vries travelled there to take a look at the political state of the country.