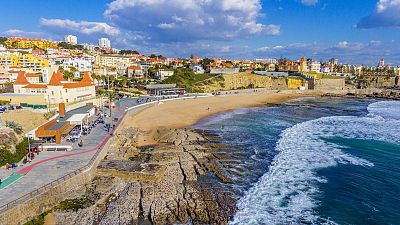 Cascais and Estoril are great alternatives to the busy beaches of the Algarve.   -   Copyright  Getty/Americo Lopes   -
By Sabrina Fearon Melville  •  Updated: 07/10/2022

Mainland Portugal no longer requires you to isolate if you test positive for COVID-19.

The country opened for all travellers on 1 July. Since then, it has been welcoming visitors back regardless of their vaccination status, with no need to take a test or fill out any forms.

Now, visitors no longer have to worry about mandatory isolation in case they test positive on their trip, as the government has concluded that COVID-19 should be considered like flu. Instead, they recommend that anyone with symptoms should wear a mask and avoid contact with vulnerable people.

However, Madeira, Porto Santo and the Azores remain in a state of alert, meaning you must isolate for a minimum of five days at your own expense if you test positive in these regions.

Across the country, everyone over 10 must still wear face masks when in public spaces and using public services.

So where should you go to escape the crowds this half-term? Here are a few of our recommendations.

If you want to spend your holiday wine tasting while looking at stunning views of acres of vineyards, Douro is your best bet.