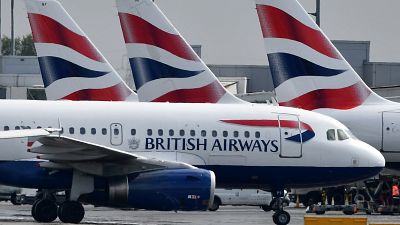 Several aircraft were infested with insects in the UK last year, according to a report that has just emerged.

Eight planes could not take off from London’s Heathrow airport last July due to wasp and bee nests blocking crucial ‘pitot probes’. Pitots are studded tubes which are used to measure airplane speed.

Seven of the planes belonged to British Airways while one was Virgin Atlantic, according to the Air Accidents Investigation Branch (AIIB).

“A Boeing 777-300, G-STBJ, parked on stand TA6, was found to have its right pitot probe blocked” by “an insect, suspected to be a bee or wasp,” states the report.

Was it dangerous for passengers?

The flight take-offs were aborted as officials warned that unreliable or blocked speed indication is a “serious hazard”. This means passengers could have been in danger if the plane had taken off as planned.

Officials warned that unreliable or blocked speed indication is a “serious hazard”.

The high level of insect activity in 2021 could lead to a “larger number of insects emerging in the spring of 2022”, the report added, so the risk of more probe blockages “could be significant”.

Proactive habitat management and aircraft monitoring will be required to mitigate the risk in future.

“With the move towards ‘greener’ aviation, this may become even more important in the future,” it concludes.

How did the wasps get there?

The report estimates that the wasps may have been nesting in the plane probes due to environmental factors.

Air quality is one of many environmental factors that determines the success of pollinators. Flowers and plants emit aromas that let pollinators like bees or wasps know that there is pollen available. But these floral aromas are being degraded by certain pollutants in the air. The result is that the animals may need to work harder and travel further to pollinate.

So they turn to different areas to nest - in this case, planes.

“A disrupted natural habitat can make it harder for solitary bees and wasps to find suitable locations to nest and is likely to result in them adapting whatever is available to them to use in urban areas.”

Aircraft remaining on the ground for longer periods (due to the pandemic) created an “attractive opportunity” for insects as pitot probes are an “ideal construction site for nests”, says the AAIB report.

Have insects disrupted air travel before?

There have been various instances when insects have made their way onto planes before, but they were rarely dangerous to passengers.

In 2016, one father of two had his journey “wrecked” after he was repeatedly bitten by fleas on a British Airways flight to the US. Paul Standerwick was attacked by the fleas after he and his son moved seats to get a better view while the plane was landing. To compensate, BA gave him a £50 (€60) voucher.

The same year, a man from Mississippi had an encounter with a brown spider on an American Airline flight. The spider bit him mid-flight which led to an infection in his thumb. He subsequently sued the airline.

Then in 2018, a man from New Zealand was left disgusted when he saw cockroaches running around on an Air New Zealand flight.

The plane had to be "dis-insected" after two cockroaches were found, but there was no risk to those on board.