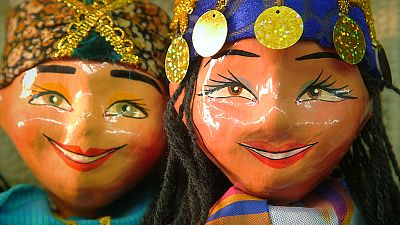 This week in Postcards a visit to the east of Uzbekistan and the ancient city of Khiva.

As well as having stunning monuments, the city is rich in culture and traditions, including puppetry.

Euronews’ Seamus Kearney reported: “Anyone visiting Khiva will notice straight away this ancient city’s special connection with puppets, a tradition in this region that goes back generations, and that still brings the city to life with indoor and outdoor performances.”

Khiva has its own puppet theatre company, which has taken part in many national and international festivals.

The performances help to pass on local customs and traditions to the new generations.

Shakhnoza Atodjonova, a Khiva guide, told Postcards: “The history of puppet theatre in Khorezm (the region) dates back more than 2,000 years in the period of zoroastrianism.

“The puppet theatre performances were used for entertaining people and for religious purposes, chasing away evil spirits.”

Visitors also have the chance to watch the making of the puppets, which reflect the national Uzbek colours and costumes.